What Is the Best Disinfectant for Surfaces? 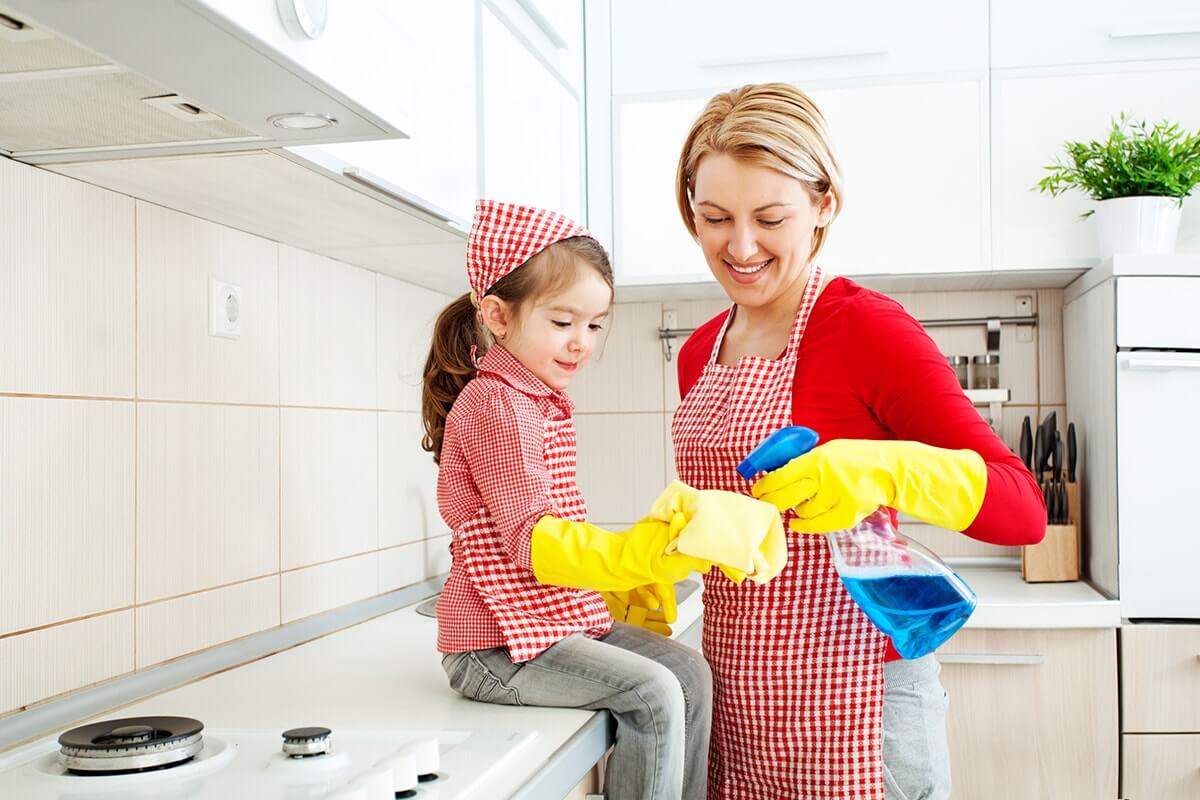 COVID-19, the novel coronavirus identified in Wuhan City, China, in December 2019, is part of a family of viruses with a crown- or halo-like (corona) appearance.1 As explained on the Virginia Department of Health website, seven human coronaviruses have currently been identified:2

•Types 229E, NL63, OC43 and KHU1 are quite common and cause mild to moderate respiratory infections such as the common cold.

•SARS-CoV (Severe Acute Respiratory Syndrome coronavirus), discovered in China in 2002, spread to 26 countries3 before disappearing in 2003. No SARS cases have been reported since 2004, anywhere in the world. As the name implies, SARS-CoV is associated with severe respiratory illness4 and had a mortality rate of approximately 10%.5

•MERS-CoV (Middle East Respiratory Syndrome coronavirus), discovered in 2012, originated in Saudi Arabia and spread to 27 countries before being contained. Like SARS, MERS causes more severe respiratory infections than the four common coronaviruses and has a mortality rate of about 35%.6

•COVID-19 (initially called 2019-nCoV) has, since December 2019, spread to 127 countries and regions.7 While causing milder symptoms than SARS, and having a far lower mortality rate than either SARS or MERS, its infection rate appears far more accelerated.

There may be several reasons for this. According to preliminary findings, COVID-19 can remain airborne for three hours, and can survive on plastic and stainless steel surfaces for up to three days, thus facilitating its spread.8

Bioweapons expert Francis Boyle also believes COVID-19 has been weaponized with so-called “gain of function” properties that allow it to spread through the air up to 7 feet, which is greater than normal.

COVID-19 appears to affect a disproportionate number of older people; the older you are, the greater your susceptibility.9 At present, the mortality rate for COVID-19 is estimated to be between 3% and 6%.10

Due to it being an enveloped virus (meaning its single-strand RNA is enveloped in a bubble of lipid or fatty molecules), COVID-19 (as all other coronaviruses) is highly susceptible to soap and disinfectants, which is good news. Some disinfectants are more effective than others, however, which is the focus of this article.

While there are many chemical disinfectants, I’ll focus on those that are most readily available for home use. You can learn more about other disinfectants and sterilizing agents used in health care settings on the CDC’s Chemical Disinfectants for Infection Control webpage.11

Alcohol-based disinfectants will contain either ethyl alcohol or isopropyl alcohol at various levels of strength (50% or greater). While alcohol primarily kills bacteria, it also has potent fungicidal and viricidal activity at concentrations above 60%.12

According to the U.S. Centers for Disease Control and Prevention,13 the microbial action of alcohol is thought to be due to its ability to denature proteins. Straight ethyl alcohol is less bactericidal than alcohol mixed with water, as the presence of water allows proteins to be denatured more rapidly.

When it comes to viruses, different alcohols are more or less effective depending on the type of virus in question.

If using an alcohol-based disinfectant to inactivate and protect against coronaviruses on surfaces around your home, make sure it contains between 60% and 80% alcohol. According to the World Health Organization:14

"Alcohol solutions containing 60–80% alcohol are most effective, with higher concentrations being less potent. This paradox results from the fact that proteins are not denatured easily in the absence of water …"

They’re quite ineffective against nonenveloped (nonlipophilic) viruses, but tend to work better against enveloped viruses,15,16 which is what COVID-19 is. Keep in mind that for hand sanitation, soap and warm water is the most effective. Only use alcohol-based hand sanitizers if soap and water are unavailable.

Chlorine disinfectants such as household bleach, which typically contains 5.25% to 6.15% sodium hypochlorite, have broad antimicrobial activity and effectively kills bacteria, fungi and viruses, including influenza viruses.17,18 It has several major biological drawbacks, however. For example, bleach:19

•Can irritate your mucus membranes

•Decomposes, forming deadly gasses, when exposed to heat or light

•Can damage some household surfaces

•Can be highly reactive if mixed with other chemicals. Never mix bleach with another product as deadly gasses can form, and make sure you have good ventilation in the area. Examples of common household cleaning agents that should never be mixed with bleach to avoid serious injury or death include:

Also make sure you dilute bleach with cold water, as hot water will inactivate it, rendering it ineffective for sterilization.20 Ideally, use mask and gloves when using bleach. You should also dilute it before using. “Infection Prevention and Control of Epidemic- and Pandemic-Prone Acute Respiratory Infections in Health Care” recommends diluting bleach containing 5% sodium hypochlorite to 0.05% before using.21

Hydrogen peroxide has the ability to kill or inactivate bacteria, viruses, spores, yeast and fungi. A list of brand name sterilants and disinfectants cleared by the U.S. Food and Drug Administration that contain 1% to 7.5% hydrogen peroxide can be found on the FDA’s website.22 As explained by the CDC:23

Catalase, produced by aerobic organisms and facultative anaerobes that possess cytochrome systems, can protect cells from metabolically produced hydrogen peroxide by degrading hydrogen peroxide to water and oxygen. This defense is overwhelmed by the concentrations used for disinfection.”

Commercially available 3% hydrogen peroxide is stable and effective for disinfecting a wide variety of surfaces. Contrary to bleach, hydrogen peroxide is molecularly very similar to water — it just has an additional oxygen atom — so it doesn’t produce any dangerous compounds when breaking down. Its inherent safety (provided you don’t drink it) makes it an excellent choice for home sanitation.

An even better alternative is accelerated hydrogen peroxide (AHP), sold under the brand name Rescue and some others. Compared to pharmaceutical grade 3% hydrogen peroxide, AHP works much faster, so you don’t need to wet the surface for as long. AHP can kill viruses in as little as 30 seconds.24 According to Solutions Designed for Health Care:25

The ingredients are all listed on the EPA and Health Canada Inerts lists and the FDA Generally Regarded as Safe List (GRAS). All chemicals used in the formulation of AHP® are commonly found in commercial and industrial cleaners and disinfectants.”

According to Virox Technologies Inc. (a manufacturer of AHP), Health Canada named AHP the surface disinfectant of choice for health care facilities during the 2003 SARS outbreaks.26 Overall, AHP appears to be one of the best and safest broad-spectrum viricidals available.

Another common household staple that can be used to disinfect viruses is 10% malt vinegar (made from malted barley grain, which is also used to make beer; a second fermentation turns the ale into vinegar27).

As noted in the 2010 article, “Effectiveness of Common Household Cleaning Agents in Reducing the Viability of Human Influenza A/H1N1,” published in PLOS ONE:28

“Our findings indicate that it is possible to use common, low-technology agents such as 1% bleach, 10% malt vinegar, or 0.01% washing-up liquid to rapidly and completely inactivate influenza virus.

Thus, in the context of the ongoing pandemic, and especially in low-resource settings, the public does not need to source specialized cleaning products, but can rapidly disinfect potentially contaminated surfaces with agents readily available in most homes …

The addition of any of 1% bleach, 50% and 10% malt vinegar and 1%, 0.1% and 0.01% washing up liquid were all effective at rapidly reducing viable virus below the limit of detection, while a low concentration of vinegar (1%) was no more effective than hot water alone …

While a strong oxidizing agent such as bleach is effective at reducing both genome detection and virus infectivity, low pH and detergent are equally efficacious virucidal agents.

These results also indicate that whilst vinegar and detergent disrupt the viral envelope proteins reducing infectivity, only bleach disrupts the viral genome.”

White Vinegar Is Not a Good Disinfectant

While 10% malt vinegar appears to be effective enough as a viral disinfectant, distilled white vinegar with an ascetic acid range of 4% to 8% is a rather poor choice, according to Talk CLEAN to Me, a blog by experts in chemical disinfection for infection prevention:29

“… the various organic acid disinfectants … typically lack a broad spectrum of kill compared to higher level disinfectants such as bleach and hydrogen peroxide … You may be thinking ‘Hey, wait! Vinegar and acetic acid have been used for hundreds of years as methods of disinfection and sanitization.’

However, it is important to note that these only show strength against relatively easy to kill organisms such as pseudomonas. There is no current data that concludes that organic acids bolster a broad spectrum of kill.”

How to Safely Use Vinegar With Hydrogen Peroxide

In short, white vinegar has a low speed of disinfection (you’d have to leave it on for at least 10 minutes), and kills only the most easily destroyed microbes. That said, you could boost the effectiveness of white vinegar by using it in combination with hydrogen peroxide.

An important caveat here is that you must use them separately and not mixed together, as the chemical reaction will form a highly corrosive and unstable form of peracetic acid. A recipe by Susan Sumner, associate dean of College of Agriculture and Life Sciences at Virginia Tech, is offered by Cleaning Business Today:30

If your aim is to disinfect and sterilize, keep in mind that you need to clean the surface first. Soap and water is likely one of the best alternatives here, as the soap will effectively inactivate viruses.

Once the surface is clean of dirt and sticky grime, spray you chosen disinfectant on the surface and let it set for up to several minutes before wiping. The time required will depend on the disinfectant you use.

Here's How You Can 3D-Print Masks At Home
The Real Pandemic Is Insulin Resistance
Among COVID Lockdown, Hospitals See Major Reduction in Heart Attacks, Strokes and More