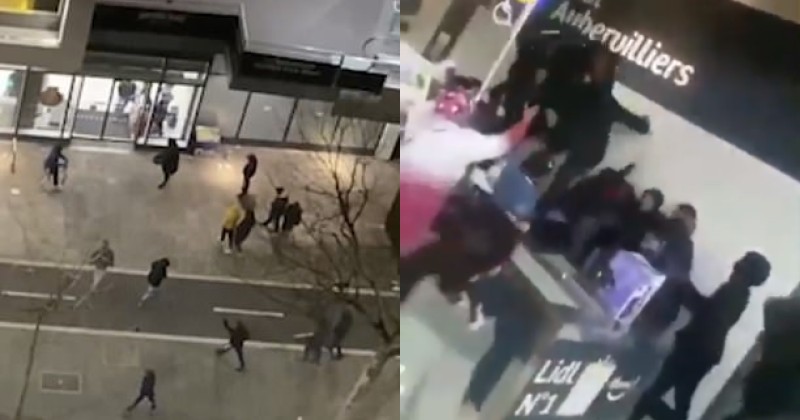 Video footage out of London and Paris shows “youths” attempting to loot stores and start fights in response to the coronavirus outbreak.

A clip showing a Sainsbury’s shop front in central London shows youths attempting to smash down the supermarket’s doors in an effort to break in.

According to the Daily Mail, the video also “shows a number of young people sneaking out of the store on New Kent Road” after stealing alcohol.

“Police said that Sainsbury’s staff confronted the men, who became ‘hostile and threatening’ and fled outside before trashing the store front,” states the report.

Four men aged 20 to 22 were subsequently arrested by police.

Meanwhile, another clip from a branch of supermarket Lidl in Aubervilliers near Paris shows more “youths” fighting with each other with some of them wielding weapons.

It’s not known whether the individuals in the clip were looting the store or just brawling.

Another video clip shows shoppers at a supermarket in London screaming at each other and squabbling as they engage in panic buying.

Diverse areas of the UK seem to be having problems with panic buying. pic.twitter.com/SuN5XX4iF9

Another clip from a Tesco in London features a customer threatening to ‘bring his friends’ after the store refuses to allow him to bulk buy water.

Customer threatens to 'bring his friends' after they refuse to allow him to bulk buy water.

Supermarkets have imposed limits on the number of items that can be purchased.pic.twitter.com/0eYhRvU8iR

The videos all appear to have something in common; The protagonists seems to be very “diverse,” which as we all know is definitely a strength.