US Economy Is a Grab-Bag of Skims, Scams, Fraud and Corruption - It Can't Be Saved

Pulling the sleeve down to hide the tracks doesn't mean the addict is cured. 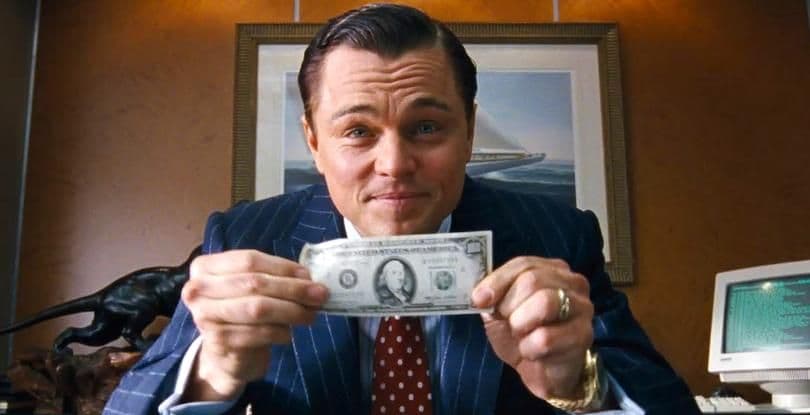 Just for a change of pace, can we be bluntly honest about the U.S. economy? It's difficult to do because we've chosen to ignore all the realities, much like a family that hides all the addictions, drunkenness and lies in a dysfunctional household to maintain the outward illusion of a happy functioning family.

It's extraordinarily costly to maintain such a demanding masquerade. The psychological toll is immense, and the financial ruin that's always threatening to collapse the flimsy facade feeds the most destructive coping strategies.

Please don't claim that Daddy and Mommy aren't really addicts, addicted to lies, cheating and stealing to fund their corruption and maintain the absurdly threadbare happy-story facade of normalcy.

Being honest is painful but freeing. Once all the ugliness is exposed to sunlight, then healing becomes possible. As long as reality is cloaked, hidden, explained away, etc., the destruction only deepens until complete collapse of the masquerade is the only possible outcome.

We've reached that point: we can no longer deny the U.S. economy is little more than a grab-bag of skims, scams, fraud and corruption. Even if Covid-19 vanished from the Earth tomorrow, or the entire economy opened tomorrow, the collapsing of the fraud bubble cannot be reversed, any more than the addict can be "cured" with some makeup to mask the devastation and clean clothing to hide all the tracks.

Let's start with the most risible fraud: "value." Every skim and scam claims to be "creating value" for shareholders, customers, the planet, etc. But it's all fraud and lies. No value is being created; what's really happening is entrenched insiders have established corrupt relationships that funnel income streams into their own pockets at the expense of everyone else, who must be kept in the dark about how the skim/scam actually works.

"Value" is now defined as private gains skimmed under the false claim of "value to customers." Behind the bogus PR, product quality is ruthlessly slashed, quantity reductions are hidden by larger packaging, planned obsolescence is the Prime Directive of every corporation because all these frauds increase profits, which flow to an increasingly thin slice of America's financial elites.

The entire stock market rally of the past 20 years is nothing but a gigantic fraud based on stock buybacks funded by debt. Stocks go up because the majority owners of the stock borrow money from a banking sector that gives nearly free money to financiers and corporations. The corporate insiders buy back shares with the borrowed money, and the company services the loan.

The company's income is devoted to paying the debt taken on to boost the personal wealth of insiders. That's fraud. Or if you prefer, embezzlement.

Take away the stock buyback scam and the U.S. stock market collapses. Take away a Federal Reserve devoted to lavishing nearly free money on financiers and corporations and the buyback scam collapses.

Consider WeWork, all the scooter start-ups, Netflix and Tesla. WeWork was a scam from the start, but there was so much money to be skimmed in selling the fraud to the public that everyone in Wall Street and the corporate media promoted the scam by refusing to look at the actual business.

As for Netflix and Tesla, the more money they lose, the more valuable they become. The key fraud here is "disruption." If a company can be promoted as a "disruptor," the sky's the limit, Baby, because "disruptors", well, disrupt, and presto-magico, somewhere down the road they become immensely profitable because, um, they disrupted something or other.

The greater the emotional pull of the scam, the easier it is to promote. Garsh, isn't it wunnerful how a college degree guarantees a lifetime of high earnings and financial security. Except that isn't guaranteed at all. What's guaranteed is insiders are skimming fortunes in the higher education cartel and its fraudulent handmaiden, the student loan industry.

Then there's sickcare, Corporate America's rip-off skimming operation masquerading as "healthcare." Caring has nothing to do with it; the driver is greed, maximizing profits by establishing corrupt relationships with politicos and regulators to insure staggering sums of federal monies are sluiced into sickcare's insatiable maw.

National defense is another emotional cover for boondoggles and insider profiteering. We won World War II, doggonnit, so just ignore the $1,000 hammers and the $100 billion over-runs.

Every institution in America is little more than a cover for insider profiteering via skims, scams, rackets, fraud and embezzling schemes, all sanctified as "legal" via a thoroughly corrupted legal system and judiciary.

Debt-serfdom is packaged and sold as a "middle class lifestyle." Political neutering, i.e. powerlessness, is sold as "party loyalty." And so on, in an endless parade of skims and scams packaged and sold to cloak the ugly ascendancy of greed, fraud and lies.

We live in a constantly distorted house of mirrors devoted to maintaining useful illusions of "democracy," "free markets" and other fairy tales we tell ourselves to reduce the pain of living a vast, all-encompassing fraud in which everyone who isn't a grifting insider is the loser.

We don't just have financial bubbles that are popping; we have bubbles in trust and credibility that are popping, too. All the lies, skims, scams, excuses, frauds, bezzles, artifices, profiteering, promotional schemes and rackets are unraveling, not because the virus shut down the economy but because the enormity of all the corruption, lies and fraud is now so great that the entire status quo is collapsing under its own weight.

Pulling the sleeve down to hide the tracks doesn't mean the addict is cured. The illusion, the facade, the masquerading of normalcy, are no longer sustainable. The Monster Id can no longer be hidden, and simulacra no longer substitute for reality.

Trust, credibility, transparency and accountability have all been sacrificed for personal gain, at the expense of the stability of the entire system.

Once the system collapses, we all lose, even the insiders who have traded every shred of their soul for financial gains, at the expense of everything that was once held dear.