As US Accepts Covid Aid from Russia, Its Superpower Status is Slipping 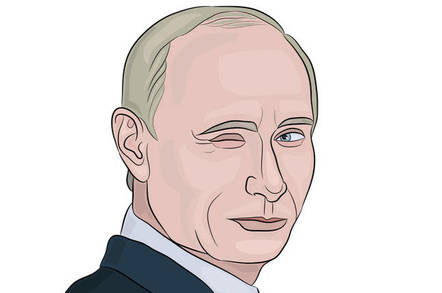 #StopCovid19
Importantly, when offering assistance to the American colleagues, President Putin is guided by the following consideration: when manufacturers of medical equipment gain momentum they will be able to reciprocate if need be - #Peskov https://t.co/tFzUo330ga

The days of the US as the number one international superpower are finally over. There is nothing more symbolic of that than the US accepting humanitarian aid from Russia and China.

This is going to bring hell on earth for all of us, but it does feel great to see the system that brought us such things as child trannies, endless wars, multiculturalism, feminism and Rise of Skywalker finally ending.

And it is poetic that it is ending in a nonsensical panic over the flu.

Russia is sending a plane filled with medical equipment to the United States to help fight the coronavirus following a phone conversation between President Trump and Russian President Vladimir Putin on Monday.

The Russian Embassy Tuesday posted on its social media channels that “Russia may send a plane with medical equipment and protection gear to the United States already on Tuesday,” citing the Russian news agency TASS. Reuters later reported that Russian state TV was saying the flight had taken off early Wednesday morning.

This comes after Trump indicated, without much context, that Russia was sending some sort of medical aid in his Monday coronavirus task force briefing.

“And I have to say, we’ve had great relationships with a lot of countries,” Trump said. “China sent us some stuff, which was terrific. Russia sent us a very, very large planeload of things, medical equipment, which was very nice.”

The American government’s “aid” regime was the symbol of its global dominance. Now it is the one receiving aid. And Russia is going to get a lot more opportunities for this. They have made the decision to not completely collapse their economy. And due to the sanctions that have been going on since 2014, as well as the nature of Russia, their economy is not unstable in the way the US economy is unstable. They also do not have tens of millions of brown people to create endless chaos in their country if something goes wrong.

Of course, the Jew media knows what this means, and they’re mad, implying it is some sort of plot.

You people wanted to keep the cold war going, and you turned a victory into a loss.

The jig is up.

It will be so much fun to watch the realization set in among the media class of just what they have done.

The time of it mattering if they don’t like Russia, or don’t like something else, or want a war in Syria or Iran, or want more child trannies – that is all over. Nothing they say is going to matter anymore.

Major Israeli News Site: ‘How Did American Jews Get So Rich? (& How This Helps Israel)