"You could smell...burning flesh in the airplane", "You could see flames...100 miles away"

“Can you imagine standing in front of an open bomb-bay door and smelling a city burn up? It was terrifying. At low altitude like that, I didn’t wear an oxygen mask. All I can say is that the smell was nauseating. I’ve never smelled anything like it since, and I don’t want to”

Just past midnight, hundreds of B-29 Superfortress bombers arrived over Tokyo, having launched from the Mariana Islands, which the United States had recently captured from the Imperial Japanese Army at great human cost. The aircraft had largely been stripped of their armaments so that they could carry even more clusters of small incendiary munitions. Young American officers in the sky dropped hundreds of thousands of bomblets on the working-class section of the city, with its densely packed wooden dwellings mainly inhabited at the time by women, children and men too old to fight.

Before that March 10, 1945, assault, named Operation Meetinghouse, the Army Air Forces had been conducting high-altitude, high-explosive “precision” attacks during the day on military sites and factories in Japan, with limited success. So Maj. Gen. Curtis E. LeMay, the officer in charge of strategic bombing from the Marianas, drew upon years of U.S. military research on the flammability of Japanese buildings to usher in a more aggressive tactic: dropping firebombs (also known as incendiary bombs) at night on population centers. If they couldn’t take out the factories, they could kill the people who worked in them. 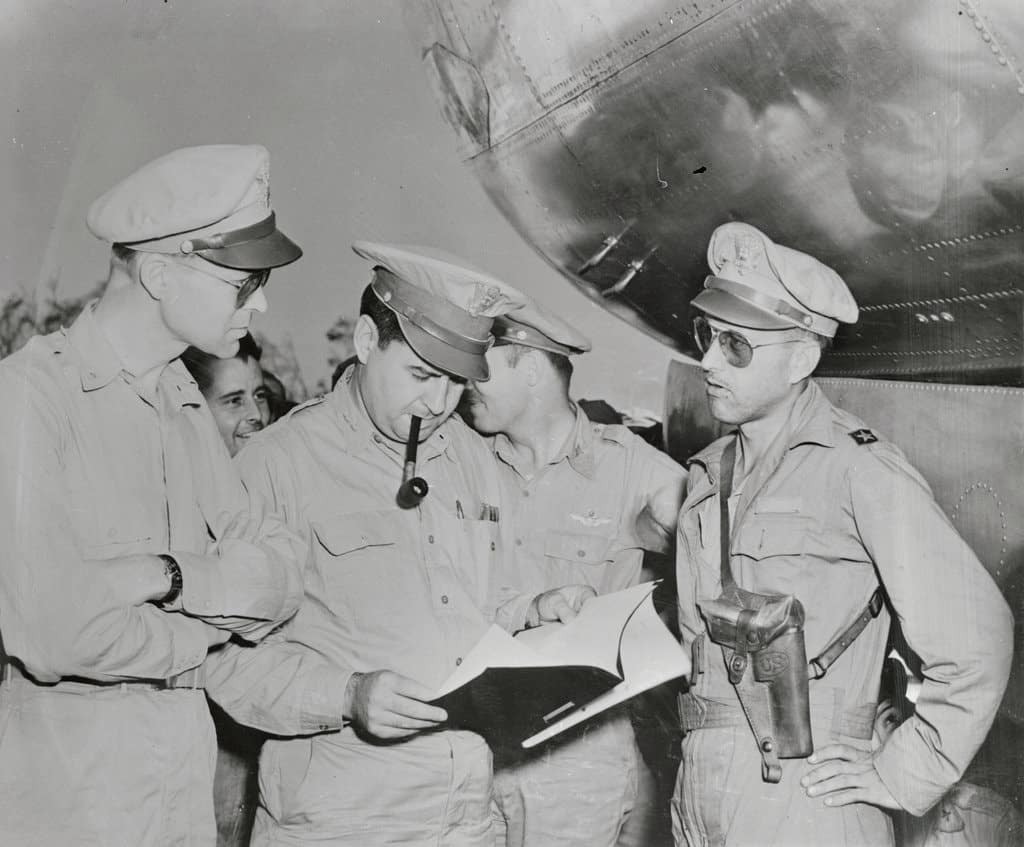 Over several hours, U.S. Army Air Forces warplanes destroyed the shitamachi, or the low -lying section of Tokyo, and killed an estimated 100,000 Japanese citizens in a firestorm. The United States Strategic Bombing Survey later wrote that “probably more persons lost their lives by fire at Tokyo in a six-hour period than at any time in the history of man.” The devastating results motivated military leaders to continue incendiary bombing raids on Japan’s other cities — both large and small — in hopes of forcing the Japanese to surrender. Before the war’s end, firebombs dropped by B-29s killed hundreds of thousands of Japanese citizens in more than 60 cities before nuclear bombs leveled Hiroshima and Nagasaki.

“We hated what we were doing,” said Jim Marich, one of the airmen who flew over Tokyo that night as part of the B-29 aircrews. “But we thought we had to do it. We thought that raid might cause the Japanese to surrender.” Marich’s somber account of his role in the missions is a grim reminder of the indelible scars left on both the survivors of the attack and those who conducted it.

In interviews with The Times, Marich, now 94, and three other airmen who took part in the firebombings reflected on their determination to accomplish their missions and get home as soon as possible, while grappling with the particular horror they witnessed being inflicted on those below.

On Saipan, I was in Quonset hut barracks with another crew. And that crew was chosen as the lead crew on the first firebomb mission. The crew members were brought in and asked if they objected to firebombing the cities of Japan. A number of people raised their hands. But the order came down: “Well, that’s your opinion, but the orders are you’re going to go on the mission.” I guess they could have declined, but I don’t know if any did. This was the first information people had that we were going to be bombing the cities.

I was a navigator. At the time, you just didn’t think about those things. We had a job to do and we did it. We were burning houses, but we didn’t think about the people. I didn’t reflect on the war until much later. You start to think about how awful the war was. Afterward, I decided to go to medical school and do something positive for a change.

Our group, the 497th, was the last one to go in. It started out like a regular mission. We had changed from fragmentary bombs to the incendiaries at Maj. Gen. Curtis LeMay’s request — or demand. He brought us down from high-altitude bombing with fragmentary bombs to low-level with incendiaries. We wiped out that whole area on that one night. It was terrifying, really.

You could smell, I’m sorry to say, burning flesh in the airplane. And we were really tossed around from the updrafts. We safely went on with the mission and went on with lesser-known missions. But by then, the Japanese fighter response was practically nil. And we knew that the war was going to be over pretty doggone soon. I was home in October of that year in my own little bed, and I had not even achieved my 20th birthday.

I was a gunner, looking out the right blister window, right behind the wing. All I wanted to do was go home. The Japanese laid out their cities like a big checkerboard, and so we had pathfinder crews that went in first and then the other bombers came in after. Since we were behind other planes, we ran into smoke clouds that could send you up 20,000 feet with the snap of a finger. There were at least two B-29s I knew of that collided and went down in a smoke cloud.

My job was to stand by the open bomb-bay doors and throw chaff out — these long strips of aluminum foil to confuse Japanese radar. Can you imagine standing in front of an open bomb-bay door and smelling a city burn up? It was terrifying. At low altitude like that, I didn’t wear an oxygen mask. All I can say is that the smell was nauseating. I’ve never smelled anything like it since, and I don’t want to.

The original idea of the Geneva Convention is that civilian targets were out, and it was military targets that should be used. In Europe, you had the Russians and the Germans — especially the Nazis — bombing civilians. When we did the firebombings, we were killing civilians.

I made one firebomb mission with my second crew on March 24. We went in at about 6,800 feet. There were something like 400 planes up that night. We were about 200 in. You could see flames, they estimated, about 100 miles away. I’ve always felt bad about that. I thought, Where will the people go? If everything around you is burning, what do you do? They burned up an awful lot of Nagoya that night. I don’t remember how many square miles.

If I remember correctly, when they announced what was going to happen, there were a few pilots who refused to fly because of humanitarian reasons. But eventually there was enough pressure put on them that they changed their mind. 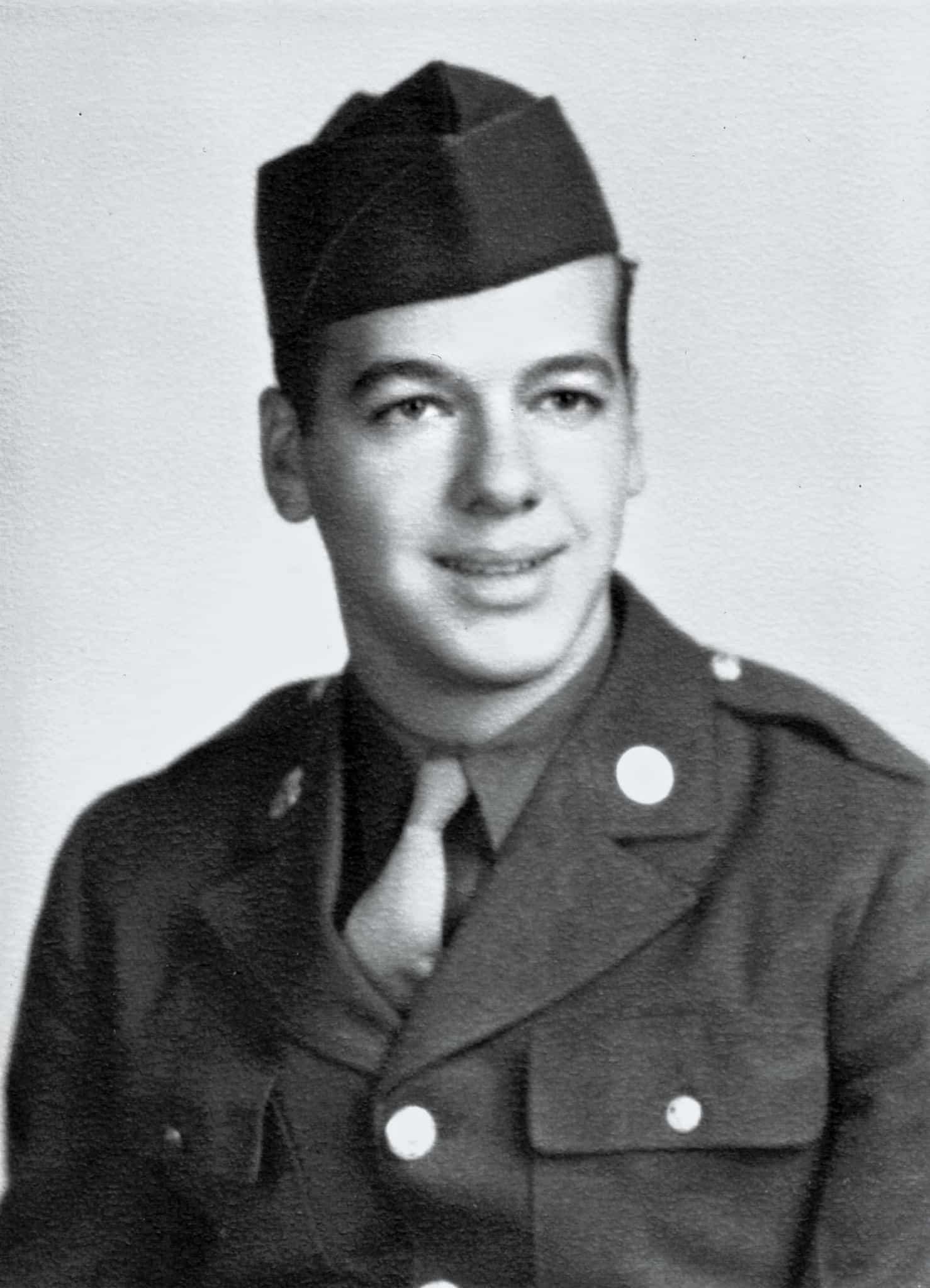 I still wouldn’t approve of it today. Of course, the rules of war are pretty vague, but one of the things is that you don’t attack civilians. But they justified it by saying people were manufacturing things for the war effort in their homes. I often questioned how much they could really be doing. But one thing people agree on is that the fire raids were probably worse than the atomic bomb.

I Marched With Hungarian Nationalists to Commemorate the Heroic 1945 Defense of Budapest Against the Red Army
Hitler's Economic Miracle: How National Socialist Germany Abolished Interest Slavery
Stalin Burned 100s of 1000s of Russian Peasants' Homes, But Everyone Blames Germany - Another WW2 Anti-German Slander Goes Up in Smoke