Editor's note: The public is increasingly split as to whether people are exaggerating or underestimating the health threat of COVID, and it is becoming an increasingly emotional issue, which is understandable, considering what is at stake. Here at TTP we can honestly say that we don't know, and see compelling arguments from both camps. In that spirit, we will publish both sides if we think they shed some light. As the saying goes, "Truth is born in debate."

Well we haven't all died yet. In fact my readership has gone up over the last few weeks. So what's going on? I don't know but I repeat what I said in an earlier post: A mind-fuck is underway. So very many things don't add up, not least the absolutely hysterical reaction. And for sure the figures don't add up. RT has a particularly good analysis by Irish journalist Peter Andrews. Worth a read.

"You can bet that the institutions of international government, and the “experts” advising them, will try to massage and cherry-pick statistics to present the version of events that most closely matches their worst-case scenarios. The fact is, according to their early predictions, we are already long overdue millions of Covid-19 deaths that have failed to materialise. But even when Covid-19 deaths are recorded, we have seen how it could be that people are dying with coronavirus rather than dying of it."

On The Spectator website Dr John Lee, a recently retired NHS consultant and professor of pathology said that ‘’we have yet to see any statistical evidence for excess deaths, in any part of the world’’. To check this out, I looked at the British government’s own statistics on total deaths registered weekly across the UK. It shows that in the week ending on the 8th of March 2019, 10,898 people died in total in the UK. This year, in the week ending the 6th of March 2020, the equivalent figure was almost identical: 10,895. Make of that what you will."

Professor Sir David Spiegelhalter, chair of the Winton Centre for Evidence and Risk Communication at Cambridge University says that if the deaths are towards the lower end of the current estimates, say at around 20,000 in the UK, Covid-19 will end up having ‘’a minimal impact on overall mortality for 2020’’. He told R4 that his findings showed, to his own professed astonishment, that if someone contracts the coronavirus, they’ve got almost exactly the same chance of dying over the ensuing few weeks as they would normally have of dying over the next year, no matter what their age or background health."

In Ireland heroic patriot Gemma O'Doherty shows on twitter that "the Dublin Docklands have never been quieter. Nobody is even bothering to man the ‘testing centre’ which is supposed to be overwhelmed while some HSE [Health Service Executive] insiders are quietly admitting Coronavirus is a ‘spook exercise.’"

So there you have it. Now go back into hibernation. 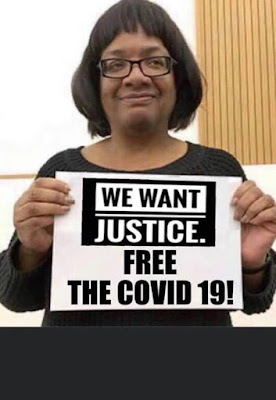