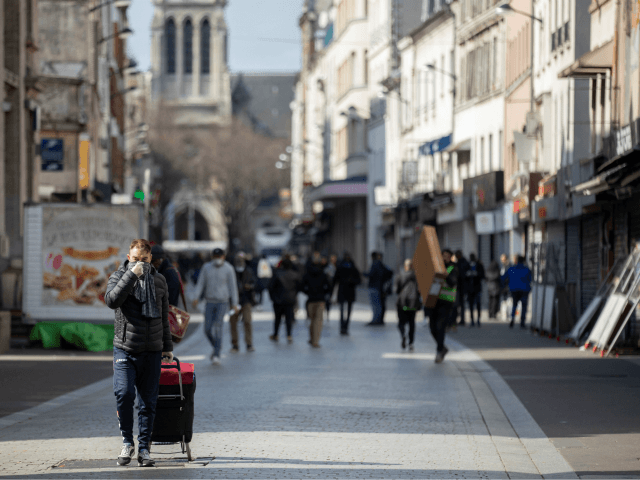 Police in Paris no-go zones are becoming overwhelmed trying to maintain the nationwide quarantine and have handed out record numbers of fines.

The heavily migrant-populated Seine-Saint-Denis area is proving to be a tough area for police to enforce the nationwide anti-coronavirus quarantine ordered by French president Emmanuel Macron, with police officers admitting that they are overwhelmed.

“They do not understand anything. Some even say that this virus is a fable of whites to force them to desert the street,” the man said.

Other areas of Seine-Saint-Denis also saw people gathering, including a local shopping centre where a number of minority teenagers chatted with each other, some wearing masks, others not.

Police say that enforcing the law in the area is “impossible” and that if they try to impose the 135 euro fines they would not be able to contain the potential backlash, and that the risk of a crowd forming would only increase the chances of spreading the coronavirus.

“We are not going to give up. But we also know where these people live and how they live. Strict containment, for them, is just impossible,” an officer explained.

On Wednesday it was reported that 10 per cent of all the fines for breaking the quarantine in France were given in Seine-Saint-Denis, per Fabienne Klein-Donati, the public prosecutor of Bobigny.

The quarantine measures were also largely ignored by residents in the highly migrant-populated 18th arrondissement in the north of Paris, with crowds of people walking around the area despite police orders to stay in their homes.

The coronavirus outbreak has also led to pharmacies becoming targets for burglars, as in the city of Colombes just outside of Paris, where a man from Seine-Saint-Denis was arrested for stealing medical face masks and hand sanitiser.

In Seine-et-Marne, meanwhile, drug dealers donned masks and other medical gear and were seen strolling along the streets of the Almont district of Melun, even creating a video for social media advertising that they were still selling drugs, regardless of the quarantine and coronavirus outbreak.