Panic hoarders who rushed into Costco to buy years-worth of toilet paper are finding themselves out of luck when it comes to the big-box store's typically generous return policy. 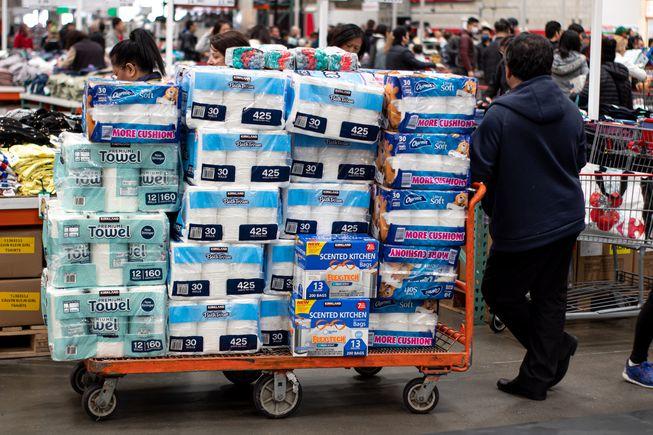 Those who have regrets after realizing that COVID-19 isn't a 'pooping disease' were met with signs at various Costco locations informing them that they won't be able to return all that toilet paper, paper towels, sanitizing wipes, water, rice and lysol they bought in anticipation of a societal collapse, according to brobible.

lmao Costco basically saying y’all wanted to be extra, y’all gonna deal with your millions of toilet paper all over your house #sorrytammy pic.twitter.com/eCFhoiDp33

Enjoy your lifetime supply of toilet paper and wipes you crazy #hoarders! #Costco is not taking any more returns. Better start figuring out what you are gonna do with 10 bags of rice you bought! pic.twitter.com/z2U7tN7ru3

Costco, meanwhile, may have over-bought in anticipation of sustained demand which has petered out.

It looks like "the whole toilet-paper craze has calmed down," tweeted one shopper.

Guess the whole toilet-paper craze has calmed down. Quiet morning at Costco. pic.twitter.com/tt6wtcFV5f

Now what to do with all that TP?

Dontell Jackson (We Thought They Were White)
2,842