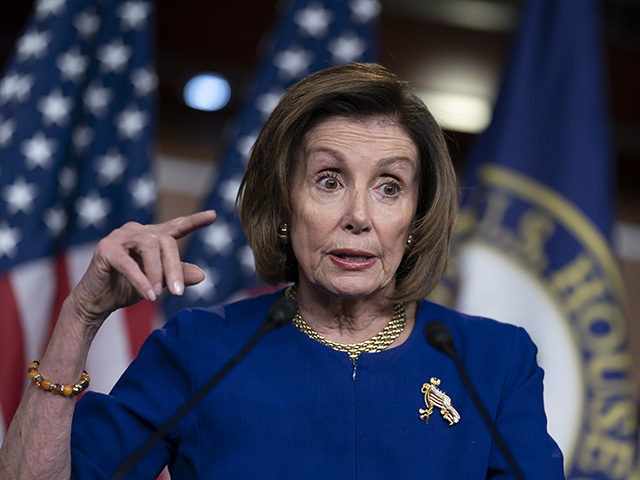 Von Spakovsky said, “It’s an attempt to use the coronavirus and the medical crisis we face to force all these changes and election laws the left has been pushing for quite a while, in fact, they took all these provisions out of H.R.1 — which is the first bill the Democrats introduced in the House after they took over when they won the 2018 election, and these rules were all intended to basically make it easier to manipulate elections, and frankly, make it easier to cheat, and they have absolutely nothing to do whatsoever with helping the country deal with the coronavirus.”

Pelosi proposed a mandate for all states to allow no-excuse absentee voting, including removal of associated voter identification requirements such as the attachment of notarization or witness signatures to absentee ballots.

Pelosi also wanted states allowing for early voting to begin counting votes 14 days before election day, allowing for manipulation of public opinion via leaks of such information ahead of an election. Such a measure “makes no sense whatsoever, unless you want to be able to manipulate election results,” determined von Spakovsky.

“This federal law would require every state to start processing and scanning ballots 14 days before election day,” stated von Spakovsky. “In other words, they would start tabulating the votes before everyone has even voted. Now, what do you think is going to happen if that information has been leaked out to candidates who, for example, the early early accounting shows are losing? They’re going to use that information to try to change what’s happening in the election or some voters who haven’t yet voted may decide, ‘Well, there’s no point in going to the polls. My candidate is losing.'”

Von Spakovsky added, “There’s a good reason why states today say we’re not going to start counting all the ballots until the end of election day, and it’s to prevent information from getting out that could change the election results. … This is a way of trying to manipulate election results and why in the world put this in a bill having to do with the coronavirus?”

“There’s a reason we don’t have internet voting and other things like that, because the amount of fraud and hacking that occurs on the internet is huge, but [Nancy Pelosi] is basically saying we want to be able to allow that in the election process,” von Spakovsky remarked.

Von Spakovsky said, “This bill of Pelosi’s mandates that states allow vote harvesting. It mandates that they allow candidates and political consultants and others to be able to pick up absentee ballots, which is just foolish unless you want to put ballots in the hands of people who have a stake in the outcome, and then they’ll have an opportunity to alter ballots or toss out the ballots [from] people who they know are going to be voting for candidates they don’t want to have win.”

“We’ve seen cases … from all over the country involving absentee ballot fraud and this makes it easier to commit that,” determined von Spakovsky.

Pelosi intended to prohibit states from requiring the provision and verification of a person’s social security number during voter registration.

“There’s a handful of states that require you, when you register to vote, to provide your full social security number,” noted von Spakovsky. “That makes it easier to identify voters and make sure they haven’t registered more than once or making other mistakes with them. This federal law bans states from doing, so why in the world would [Nancy Pelosi] do that unless they’re trying to make it easier for fraud to occur in the election process?”

“There are some states now that do allow online registration, but only if the state already has a record on you,” explained von Spakovsky, noting that such states require prior in-person verification of a person’s identity via the provision of a driver’s license or other form of identification.

Von Spakovsky went on, “In those states — Georgia is one of them — you can then go online and register using that prior information the state has on you … but what [Nancy Pelosi] is saying here is states have to allow anybody to register online. Well, when you do that, how in the world is the state going to be able to authenticate that you’re a real person or that you really live where you claim to say you’re living? There’s no way to do that.”

Mansour quipped, “So basically, registering to vote is about as simple as subscribing to the New York Times website. Just fill in your name and your email address and you’re fine!”

“When it comes to voter registration and voting by absentee ballot, they’re getting rid of absolutely every ability states have to check the accuracy of the of the information they’re receiving, and to make sure you’re real person, you really exist, [and] you really live where where you say you live,” remarked von Spakovsky. “All these things that are needed to maintain the security and integrity of the election process, they’re trying to get rid of all of that.”

Von Spakovsky concluded, “[Democrats] see this as the key to winning elections by any means possible, and that’s why they want this. If they can use this to cheat, to manipulate election results so that they win and they’re able to retain and gain power, well then all the other things they want, like the Green New Deal and everything else, they’ll be able to do it because they’re going to be in office.”