Case by case by case, the evidence builds that not only have psychopaths [see “Psychopathic Takeover“] populated the UK’s power structure but that often enough, being a pedophile has been an additional requirement. The entire ruling hierarchy is rife with this crowd and it is a long-standing British “tradition.” I believe pedophiles are put into high places not just because of their psychopathy, but because they can be compromised and controlled by the cabal. There is an element of this in the U.S. power structure as well. Whistleblowers and victims who go up against pedophile rings frequently end up dead [see the “Strange Death of Nancy Schaefer“].

Due to a change in legislation in 2009 by Jack Straw, it is now illegal for children in care to speak out if they are victims of abuse [see here].

Jimmy Savile (now dead) proved to be a very prolific pedophile. Savile was knighted by the Queen, knighted by the Vatican, was a top BBC figure (a household name), spent time with Margaret Thatcher at Chequers on several occasions (Thatcher lobbied heavily to have him knighted by the Queen), was close friends with Prince Charles (was even described as his “mentor” by Princess Diana) and spent time with him alone on at least one occasion [see here]. He also boasted that he had police pals who would protect him from child abuse claims.

Famous politician Cyril Smith (now dead) proved to be a prolific pedophile [see here]. Smith was only one of a number of alleged high profile child abusers within Westminster said to have been named in a 40-page dossier submitted to the Home Office by the late campaigning Tory MP Geoffrey Dickens in 1983. Home Secretary at the time, Leon Brittan (a top ranking politician to this day) “lost” the file containing evidence of pedophiles in positions of great power — including Cyril Smith [see No. 2 above].

Royal valet footman George Smith claimed to have been raped by Michael Fawcett, a top Royal servant to Prince Charles, and also claimed that he once caught Prince Charles and this same (male) servant in bed together.

A royal butler took his pedophile victims to tea with Queen Mother. 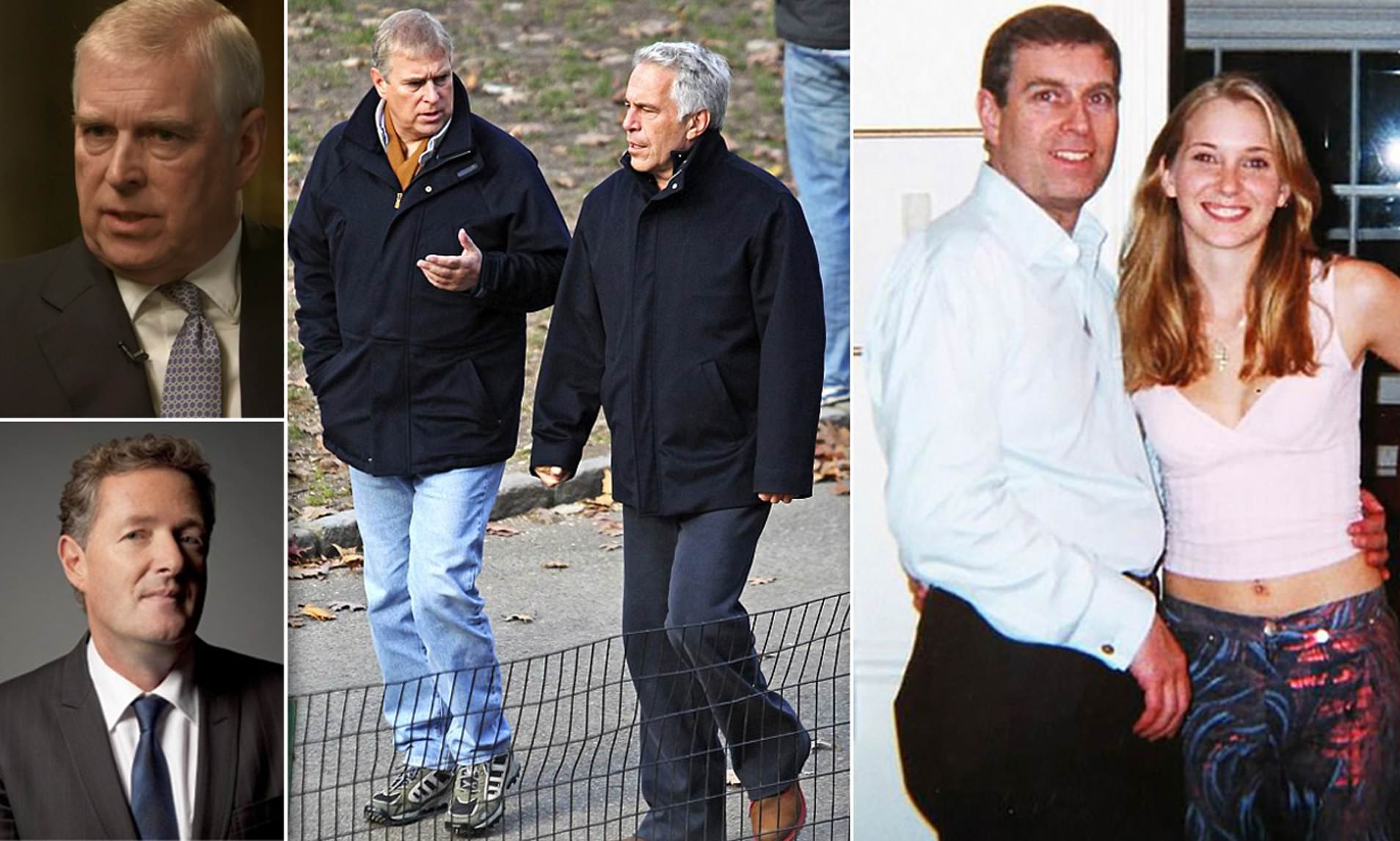 Edwina Curry, a top ranking politician during and after the Thatcher era, wrote in her autobiography that Peter Morrison (the now-deceased Personal Private Secretary to Margaret Thatcher) was a noted “Pederast” (aka pedophile) and admitted as much to then Conservative Party Chairman Norman Tebbit (now a British Lord) [see here].

An as-yet unnamed Labour peer is being investigated by police after 12 men made allegations of historical child abuse against him [see here].

Ben Fellows (BBC Child Actor) claims to have been groped by top UK politician Ken Clarke at age 15. He also claims Andrew Lloyd Webber put his tongue down his throat when he was 13. And he also claims he was doing drugs at a party at Esther Rantzen’s house as a minor [see here].

Member of Parliament Simon Danczuk was warned by a top Conservative MP not to challenge Leon Brittan over pedophile dossier [see here].

Conservative Party whip from 1970-1973 admits to covering up problems for MPs, such as “a scandal with small boys,” because then the MP would “do what you want forever more” [see here].

Scotland Yard handed Leon Brittan, the former Conservative Home Secretary, a dossier naming 15 members of a notorious pedophile group. This file is currently unaccounted for (this is not the same file given to Leon Brittan by Geoffrey Dickens) [see here].

Ex-police officer involved in the 1992 arrest of notorious pedophile Peter Righton claims that Righton had in his possession an enormous cache of documents that linked him to an establishment child abuse ring (including senior members of the clergy) — but it was not acted upon by the police [see here].

Former civil servant has accused the Home Office of giving tens of thousands of pounds of public money directly to the British pedophile advocacy group PIE (Paedophile Information Exchange) at the request of the Metropolitan Police’s special branch [see here halfway down the page].

MP who handed VIP pedophile dossier to Leon Brittan (see No. 3 above) was on triple killer’s hit list [see here].

Labour MP Tom Watson has alleged that a member of a notorious pedophile group was connected to a former No. 10 aide. He said, “The evidence file used to convict Peter Righton (see No. 22 above), if it still exists, contains clear intelligence of a widespread pedophile ring [see here].

Member of the House of Lords escapes probe over 20 child sex claims because he is “suffering dementia” [see here].

The names of at least 10 prominent and former politicians plus senior police judges are being named “again and again” by people calling a child abuse hotline [see here].

The retired judge leading an inquiry into historic sex abuse said she will not quit after her brother was linked to an establishment “coverup” of the pedophile ring she will be investigating [see here].

Shadow Deputy Prime Minister Harriet Harman of the Labour Party was senior NCCL figure at a time that it argued “childhood sexual experiences, willingly engaged in with an adult, result in no identifiable damage” and tried to lower the age of consent to 14. Harman stated that a pornographic photo or film of a child should not be considered indecent unless it could be shown that the subject had suffered, and that prosecutors would have to prove harm rather than defendants having to justify themselves [see here].

David Cameron’s advisor on child abuse says that a “Westminster Chumocracy” has protected itself from pedophile allegations [see here].

Margaret Thatcher “personally covered up” child abuse allegations against senior ministers, according to a source with “inside knowledge of Scotland Yard in the early 1980s” [see here].

Labour peer now at the centre of pedophile allegations. Letters show the politician cultivated an extremely close relationship with a teenager [see here].

Retired judge Baroness Butler-Sloss steps down as head of major inquiry into sex abuse allegations. Possible reasons: (a) Her brother Sir Michael Havers was Attorney General during the alleged cover-up of a previous pedophile scandal [see here]; (b) her Brother was seen at a pedophile party in the ’80s by a seemingly credible witness [see here]; and (c) she has already covered up pedophile claims against a Bishop [see here]. Interestingly, the Bishop in question is Peter Ball, who is very close friends with Prince Charles [see here] and was given a Duchy house by him [see here].

Adopted daughter of Conservative MP Ralph Bonner Pink (now deceased) claims that he abused her as a 10 year old girl then put her into Broadmoor mental hospital, where she was abused by Jimmy Savile [see here].

Award-winning author alleges systematic abuse at the council-run Shirley Oaks care home in Surrey was covered up after the investigation turned up information that linked to a prominent Labour MP in Tony Blair’s government [see here]. More victims from the same care home come forward to substantiate his claim [see here].

An adviser to the Scottish government uncovered a pedophile ring that included well-known TV personalities, lawyers and police officers. Calls for an investigation were ignored [see here].

Ex-Freemasonic leader Lord Burton in 2003 said that the inquiry into the Dunblane Massacre (a 1996 school shooting in Scotland) was a cover up and he was bullied to keep quiet. The school shooter (and suspected pedophile) Thomas Hamilton was allowed to freely roam around a primary school for children of the military services, even at night [see here].

Margaret Hodge, the one-time minister for children, was linked to a child abuse cover up in Islington while she was the council leader [see here].

Ex MI-5 Informant says that MI-5 knew about child abuse at Kincora Boys Home and did nothing about it [see here].

Jill Dando (a famous UK TV presenter, who was murdered in 2001) was working to expose a high-profile pedophile ring at the time [see here]. Her killer has never been found, and her ex-fiance is now a doctor to the royal family.

TV presenter and Childline Founder Esther Rantzen’s ex-lover, an MP, was linked to pedophile ring [see here]. Also, a child was abused at her house [see here]. She was also accused by child abuse-victim Ben Fellows of exposing children to sex/drug parties [see number 12 above].

An UK ex-minister is being investigated for child abuse. Fifteen years ago, an investigation into the same person was mothballed and the police officer leading the case was sidelined and then disciplined as a result of his inquiries [see here].

Ex-House of Commons Speaker and former MP George Thomas (deceased) is now being investigated for abusing a boy [see here].

The son of Conservative MP David Atkinson (now deceased) says that his father was a sexual predator, that he was linked to a Westminster pedophile ring and that he was being blackmailed by a Westminster staff member [see here].

Department of Health fails to follow up on allegations of a pedophile ring in Westminster and Whitehall because it was a waste of time — whistle blower was told there were “too many of them over there” [see here].

Jersey senator arrested on data charges and dismissed from post after claiming that there had been a child-abuse coverup on the island [see here].

Peter Hayman, HM High Commissioner to Canada who held top posts in the Ministry of Defence and the UK delegation to NATO, was a member of the Paedophile Information Exchange (PIE) and was cautioned after his flat was searched and pornographic material pertaining to children was found [see here].

Information held by Conservative whips – including details of any sexual misdemeanours – has been shredded since 1996 [see here – sixth paragraph].

UK children in care are six times more likely to be assessed for abuse than a child in the general population [see here].

Former assistant director of social services at Lambeth Council claims there was a high-level coverup to protect politicians [see here].