Notes From a Prison Island Formerly Known as Britain 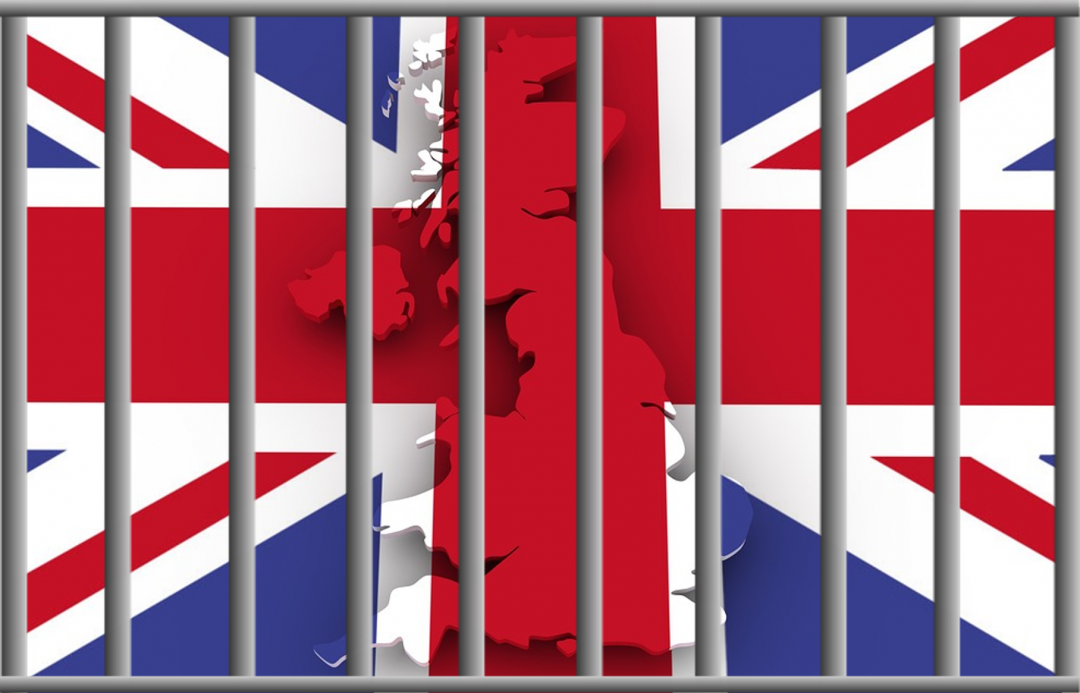 So that seems to be that. The end of Britain as we knew it. If you had asked the average Briton at the start of 2020 whether they could envisage their Government locking all 66 million people up under house arrest for weeks on end, it is unlikely that you would have found a single voice saying yes. Yet here we are, less than three months into the year, and the Prime Minister has just done exactly that — put us all under house arrest.

Of course, he very kindly allowed us the provision of maybe an hour or so’s exercise every day. Which was nice of him. As Mr Collins said to Lady Catherine de Burgh, “Indeed we are all infinitely indebted to her ladyship for her kindly bestowed beneficence.” It was also especially kind of him not to insist that the exercise be done under the watchful eye of “a youngish, scrawny but muscular woman, dressed in tunic and gym-shoes,” with a piercing voice, appearing on the Telescreen in our homes in the morning. That might smack of Orwellianism, and of course no one would put up with that, would they? And so we must be thankful for Mr Johnson for allowing us these small mercies.

But remind me: why exactly is it that we are all now confined to our homes, for the foreseeable future? Is the Black Death about, with it’s devastating 60% mortality rate? Ah no! It is, as I pointed out here, to tackle a virus which had a maximum mortality rate of 1.4% of those infected in Wuhan, and which in Italy has almost exclusively killed people who already had one, two, three or more preexisting chronic illnesses.

Make no mistake: this is the most monstrous attack on a free people in the history of Britain. Even bad old King John would never have even dreamed of, let alone enacted something so despotic. And to those who have been calling for this, and who now blithely or even gladly accept it, what I would like to know is this: why it is that Britain somehow needs to lock its people up to tackle this virus, and yet Japan, which has thousands more visitors from China, and was one of the first countries to start seeing the virus spread, has not done so, and yet has controlled and largely stopped the virus?

I know that might sound incredible, given that penning everyone up upon pain of fine or imprisonment (ha!) is now the thing, but apparently the Japanese managed to do it without shutting down their economy, and without locking up their entire population. And so I ask the question: what is it about the British that makes us such fine and fitting subjects for mass house arrest, whilst the Japanese did not need to do any such thing to get back to normal? As a commentator on my previous post wrote:

“In Japan, where I live in Kyoto, there have been huge numbers of Chinese tourists flocking to Kyoto to see the cultural sites and it’s an inexpensive holiday, as China is very near. This continued until the cruise ship was quarantined in Yokohama, kind of the start to the Coronavirus hysteria. However, now, everything seems normal, as this article points out. It is surreal living here where I don’t even see the majority of people wearing masks, which people often wear just for things like colds. Restaurants are open, my daughter’s schools are starting after the spring in several weeks, same as always. And yet the sky seems to be falling in American cities and elsewhere.”

To those who blithely go along with the most monstrous attack on a free people in the history of Britain, I would like to set them a challenge. First watch the following short interview with Professor Sucharit Bhakdi of Johannes Gutenberg-Universität Mainz, in which he not only coolly and calmly demolishes many of the Covid-19 orthodoxies, but then shows how the sorts of economy-destroying, civil liberty-crushing actions taken by Johnson & co are “grotesque, absurd and very dangerous.” And when you have finished tell us, using facts and logic, not emotion and anecdotes, why he is wrong. And if he is not wrong, can you tell us why we are now under mass house arrest?

I must say I am astonished and saddened that this has happened to the country I love, because of an illness which will likely turn out to kill no more than might die during a very bad flu season.

Astonished and saddened by the fact that we are risking economic meltdown and the untold misery this could bring to the lives of millions in lost jobs, decimated businesses and a plunging into poverty.

Astonished and saddened that a once free people are being caged like prisoners, at a huge risk to their mental health, general wellbeing and future liberties.

Astonished and saddened that so many freeborn people seem to be welcoming all this.

Do we even deserve the freedoms that our ancestors won anymore when we are prepared to give them up so cheaply? As Peter Hitchens wrote on Twitter:

“Anyone else out there still have any regard for liberty? It is striking that the country of Magna Carta, Habeas Corpus, and the Bill of Rights should be put under house arrest by a clown. This is the way the world ends. Not with a bang, but with a giggle.”

Let me leave you with words from J.R.R Tolkein that have been drifting in and out of my mind and haunting me for the last couple of weeks:

Aragorn: “What do you fear, lady?” he asked.

The Lady Éowyn: “A cage,” she said. “To stay behind bars, until use and old age accept them, and all chance of doing great deeds is gone beyond recall or desire.”

I rather find myself agreeing with her. Though of course were she around in modern Britain to utter such thoughts, far from being admired for her pluck, her spirit and her fierce desire for freedom, she would no doubt be denounced on Twitter as an enemy of the people.

Dontell Jackson (We Thought They Were White)
2,684