The New Anti-China Campaign Is Built On Lies 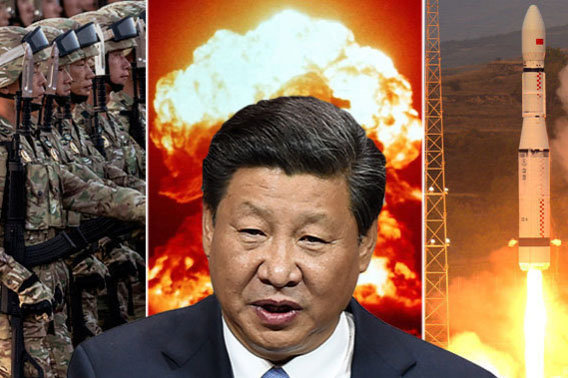 To avoid self-examination of the failures that let the U.S. exceed the covid-19 casualty numbers of every other nation the powers that be decided to blame someone else.

Trump's first attempt was to blame the World Health Organization for not providing all information. But 16 U.S. administration officials were embedded with the WHO in Geneva. They relayed real time updates of all information the WHO received.

As the Democrats and the media did not join Trump in blaming the WHO another scapegoat was needed. Everyone then agreed that it China would be the most convenient target.

The intensity of the current anti-China campaign reminds one of the run up to the war on Iraq. The people who now claim that 'China lied, people died' are the very same who ran the Iraq WMD campaign. But all the reports claiming Iraqi weapons of mass destruction were just fantasy. The reports of Chinese culpability are similar nonsense.

As this is an election year both parties try to associate the other side with the new villain:

“Donald Trump sent critical medical supplies to China as Americans continue to suffer. He needs to follow his supposed motto of America First,” American Bridge President Bradley Beychok said in a statement. “We’re making sure that voters across Michigan, Pennsylvania, and Wisconsin know full well not only how badly Trump botched this crisis, but also how badly he bent the knee to China in the midst of it as well.”
...
“We are more than happy to let the American public decide whom they trust, President Trump or Beijing Joe Biden, to get tough on China,” said Brian O. Walsh, president of America First, in response to the new ad campaign by American Bridge. American Bridge said the ad is the first of its new offensive campaign targeting Trump, his company, business associates and adult children over their ties to China and other foreign investments.

The group said it plans on rolling out microtargeted digital ads on that theme as part of “an all-out assault on Trump and his family over their corruption — in China and other countries — involving foreign bribes, political favors, shady real estate investments, and parties with dictators.”

This will be bad for other important political issues:

The anti China hawkishness is going to drown out progressive momentum for universal healthcare and cancelling student debt. Like Russiagate, this new yellow peril will lead to greater military spending and more war. Sad so many who should know better can’t see that.

Some lawmakers want to allow random people to sue China over the 'damage it caused'. Other seek to default on the $1.2 trillion of debt the U.S. owns China.

To blame China the hawks are accusing it of three issues:

The "wet market" in Wuhan did not have hygiene problems. A "wet market" is comparable to a farmers market (vid). It is "wet" in that it provides fresh products like fruits, vegetables, meat and fish. A "dry market" provides the complementary products like rice, flour, tea and sugar. China has yet to be overrun by super market chains. Some 40% of the Chinese people source their daily food at the wet markets.

The wet market in Wuhan was not the source of the epidemic. It did not and does not sell bats. The epidemic started in December at a time when bats hibernate. The first known case was not related to the market at all.

The U.S. claims that China did not inform it sufficiently. The timeline as published by China and confirmed by media reports does not support that claim.

On January 3 the head of the U.S. Center of Disease Control was personally informed by his Chinese counterpart that there was an outbreak of pneumonia of unknown cause in Wuhan. On January 8 the "unknown cause" was identified as a novel coronavirus. A full genome sequence of the virus was published on January 12 and preliminary testing kits were developed and made available in Wuhan. By January 13 another test and test protocol had been developed in Germany and on January 17 the WHO adopted its refined version.

In the U.S. the CDC insisted on developing its own test and failed by contaminating its test components. It then failed for more than a month to correct the issue.

The German Federal Health Ministry was recently asked if it perceived a lack of information from China or saw reason to criticize China over its changing case numbers. It responded (in German, my translation):

"The federal government is not aware that China held back any data." ... "Considering the interim development the adoption of different definitions of cases during the epidemic in China is comprehensible."

Another claim is that China somehow created the virus or let it escape from a laboratory in Wuhan where it was researching bat viruses.

But scientists see strong evidence that the novel coronavirus is a natural development and they do not believe that it leaked from a laboratory in Wuhan:

Edward Holmes, a biologist at the University of Sydney and a fellow of the respected Royal Society in London, said the Wuhan laboratory blamed by some for the pandemic does have specimens of the bat virus RaTG13, the closest relative of Covid-19 source SARS-CoV-2, but the two are not genetically linked.

RaTG13 strains, he says, are from the southern Chinese province of Yunnan, not the central city of Wuhan, the pandemic’s initial epicenter.
...
Genome tracing has revealed that the bat virus RaTG13 has at least 20 years of genetic divergence, or evolutionary change, from SARS-CoV-2, and possibly as much as 50 years, ruling it out as the source of the pandemic.

The claims against China made by both U.S. parties do not have a factual basis.

It is no wonder than that Chinese people are asking "What Do You Really Want From Us?"