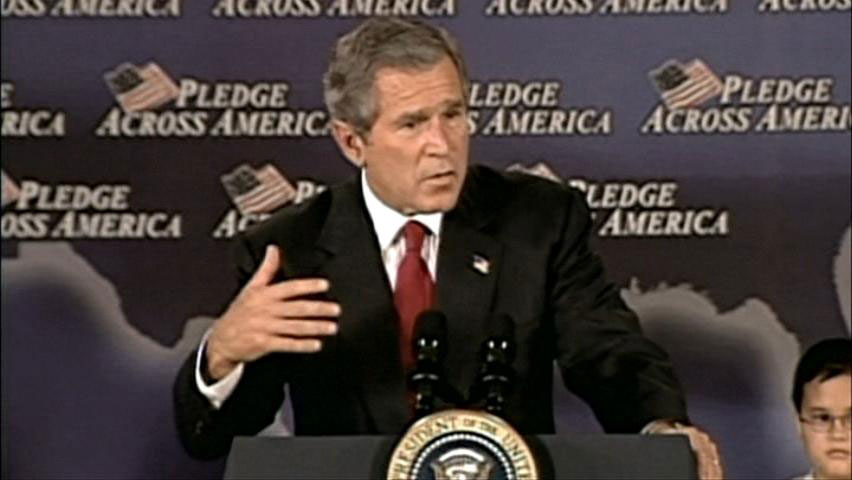 If you’ve heard the phrase “Finkel-Think” and found yourself wondering what it means, or worse, someone’s accused you of engaging in it, there’s hope. In just a few hateful minutes, you’re not only going to be an expert at readily recognizing it, but you’ll soon be in the exceedingly advantageous position of helping others to understand as well, thus building up collective in-group inoculation against one of the more insidious Jewish tricks.

Finkel-Think gets its name from the late gay, Jewish GOP political consultant who invented it, Arthur J. Finkelstein. Finkelstein has been deeply entrenched in American politics since the Nixon era. We’ve discussed Finkelstein extensively here, here, and here. TLDL; Finkelstein entered the American political scene at a time when America was 88% White and was just concluding what we now know was one of the most fundamentally transformative decades in U.S. history. Most prominently, the 1964 Civil Rights Act weaponized blacks as a means of further breaking down centuries old White America, while the 1965 Hart-Celler Act sowed the seeds of the rapidly accelerating demographic destruction we see today. It wasn’t enough to control groups of politicians via political blackmail – that could only get you so far. The only way to ensure the long-term success of these and countless other initiatives was to divide and polarize White Americans.

Ultimately, Finkel-Think is a new version of an old trick, adapted for 20th and 21st century politics that is based on three principles:

By studying prominent political trends, Finkelstein focused on simple issues that could do the most damage. It always seemed to boil down to the same big 3: drugs, crime, and race. Finkelstein’s goal was to polarize the electorate as much as possible, pitting White voters against each other. In a 1970 memo to the Nixon administration, Finkelstein wrote “these are the issues that cause the most division. The danger has to be presented as coming from the left”.

According to Finkelstein, every political campaign needed an enemy – a perfect foil for Jews. He developed this style of political campaigning into a strategy known as “rejectionist voting” by making the opposition so loathsome that voters would turn out not because they supported the GOP candidate, often a Zionist to poised to further Jewish interests, but because they want to reject the bogeyman.

Because of this, Finkelstein would also advise clients never to talk about themselves or even much about their own platform, but to focus their efforts on the politics of personal destruction of their opponents. Finkelstein is famous for transforming “liberal” into an epithet: “Crazy leftist”, “far left liberal Democrat”, “too liberal for too long” – the central theme of what would become Reagan’s campaign. It continues even today as “wild-eyed socialists”.

Another set of campaign themes for which Finkelstein is famous? “Let’s make America great again.”

After the assassination of Israeli prime minister, Yitzhak Rabin, Finkelstein went on to run a slightly different campaign for Benjamin Netanyahu that most believed had no chance at success. Finkelstein’s theme for an election in Israel? “Bibi is good for the Jews”. Netanyahu won by one percentage point. It was on this campaign that Finkelstein had teamed up with another Jewish political consultant, George Birnbaum. 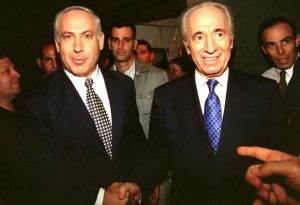 It was after almost 40 years of success in America and Israel that Finkelstein turned his attention to Europe. When Viktor Orbán was seeking re-election in 2008, his old friend, Benjamin Netanyahu, introduced him to the two Jewish consultants who had made him PM 13 years before: George Birnbaum and Arthur Finkelstein, or “Finky”, as he was referred to by Orbán. Before working with Orbán, Finky checked in with Hungarian Jews in Israel to see if Orbán was an anti-semite. Not at all, as he found out. Orbán had waged war against anti-semitism, even giving his daughter the Jewish name “Rahel.”

Finkelstein and Birnbaum set about applying their formula to Orbán’s campaign telling him to target “foreign capital.” Orbán won the 2010 election with a two-thirds majority as the country shifted to the right. There was one looming problem: who is their opposition now? “There was no real political enemy … there was no one to have a fight with,” Birnbaum said at the time. Jobbik and the Socialists were finished. “We had had an incumbent with a historic majority, something that had never happened in Hungary before. To maintain that, they needed a high energy level. You need to keep the base energized, make sure that on Election Day they have a reason to go out and vote.”

The Most Jewish Trick of All: Co-Opting Anti-Semitism

Finkelstein needed to dig into his bag of tricks and find a real enemy. Someone Hungarians would know well. An individual who could credibly epitomize the most sinister aspects of Jewish conspiracy theories. The puppetmaster. “It always helps rally the troops and rally a population when the enemy has a face” Birnbaum once said. Finkelstein: “you did not fight against the Nazis but against Adolf Hitler. Not against al-Qaeda, but against Osama bin Laden.”

Now that Orbán was in power, he needed a puppetmaster. That person was George Soros. Birnbaum was thunderstruck. Soros was perfect.

George Birnbaum jewbombs photo of a billboard telling Hungarians not to let George Soros have the last laugh. 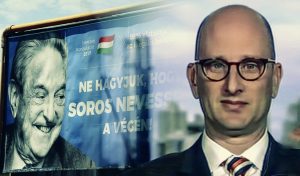 Orbán wasn’t the first time Finkelstein pulled this move. In a South Carolina House race in 1978, a poll Finkelstein conducted for the GOP candidate, Carroll Campbell, referred to Campbell as “a native South Carolinian” and her Democratic opponent Max Heller as “a Jewish immigrant.” Then, just five days before the election, an independent candidate jumped in — another Finkelstein trick — and attacked Heller for not “believing in Jesus Christ.” Heller lost.

Throughout the 2015 refugee crisis and through 2018, Orbán’s campaign against Soros never actually used the word Jew, but it was often implicit. Orbán told his Hungarians they were up against “outside enemies” who were “different,” who did not have a “home.” It was common to see anti-Semitic graffiti on the “Stop Soros” ads — voters knew what they were being told. If you search today for Soros, you will immediately find images of his head with octopus tentacles, another classic anti-Semitic motif. When Finkelstein and Birnbaum felt heat from other Jews for targeting Soros, they created the narrative that Soros was really a Nazi.

Even Yair Netanyahu, Bibi’s son, posted an anti-semitic meme back in 2017 showing Soros and lizards controlling the world. 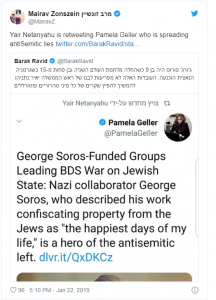 Trump’s final television ad in the waning days of the 2016 election showcased Soros as a purveyor of “global special interests” who don’t have “your good in mind.”

In 2017, Italians talked about Soros-financed immigrant boats arriving from Africa. In the US, Soros was linked to the migrant caravans. A member of parliament in Poland called Soros the “most dangerous man in the world.” Putin attacked Soros at a press conference with Trump in Helsinki. Trump claimed outrage over SCOTUS nominee Kavanaugh was funded by Soros.

Birnbaum was asked once if he regretted using Soros as their bogeyman. He responded: “Anti-Semitism is something eternal, indelible. Our campaign did not make anyone anti-Semitic who wasn’t before. Maybe we were just drawing a new target, not more. I would do it again.”

And they did just that. Finkelstein and Birnbaum had expanded their political consultancy work into countries where the Open Society Foundations were trying subvert traditional political mores: Ukraine, Romania, the Czech Republic, Macedonia, Albania. 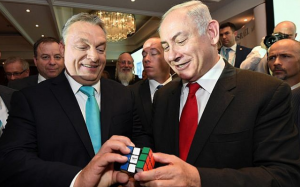 For Netanyahu, it was a true market manipulation: He benefits politically from the rise of anti-Semitism even as he works to exacerbate it: directly (his 2015 speech to Congress, his support of anti-liberal regimes) and indirectly (his refusal to denounce the witch hunt against Soros, which his son Yair also helped spread).

Jews have been erecting false dialectics for millennia, going back to antiquity in ancient Rome, as noted by philosopher Bruno Bauer. Most people do not understand how the basic version of this dynamic works and are forever trapped in the false dichotomies of red team vs. blue team, right vs. left, conservative vs. liberal – the political Punch and Judy show. Getting oneself unglued from that is often a major step forward on the road to political enlightenment. It also presents a new set of problems for dissidents. If the dichotomy is false and the dialectic is disingenuous, who has my back? Who understands the system like I now do? Who is BASED? It’s important that we also understand that the system accounted for this phenomenon as well. Intelligent people won’t be finked forever and are very rapidly beginning to re-examine the power structure through a new lens and begin asking questions about who sits atop its superstructure.

Finkel-Think has evolved with the express purpose of tricking this newly minted dissident demographic in addition to keeping normie lightswitch brains stuck in two party ping pong politics. Having two strategies running simultaneously – what novelty! It’s what Trump’s entire 2016 campaign was predicated on. And Bolsonaro’s. And dozens of politicians across Europe. This is the essence of Fake Nationalism. 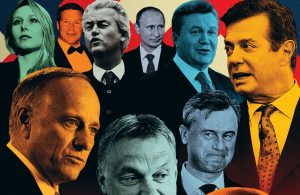 Finkel-Think can be both active and passive in that it is used for the practical purposes of electing candidates to office to carry out pro-Israel policy objectives as well as in media, by select conservative pundits whose job it is to keep the most enlightened elements of the electorate engaged and believing people in powerful positions implicitly and even explicitly espouse their views. When those heroes of based rhetoric don’t go far enough, it’s always because they have to keep up the “good optics” in order to keep playing the long-game, or something. Lionizing mainstream public voices for simply alluding to Jews and Jewish power through dog whistles or innuendo is a dangerous litmus test. The tell for me is what those purported heroes do at times when the system is under intense pressure. The track record is never good.

Don’t fink yourself, my dude.

Dontell Jackson (We Thought They Were White)
2,627