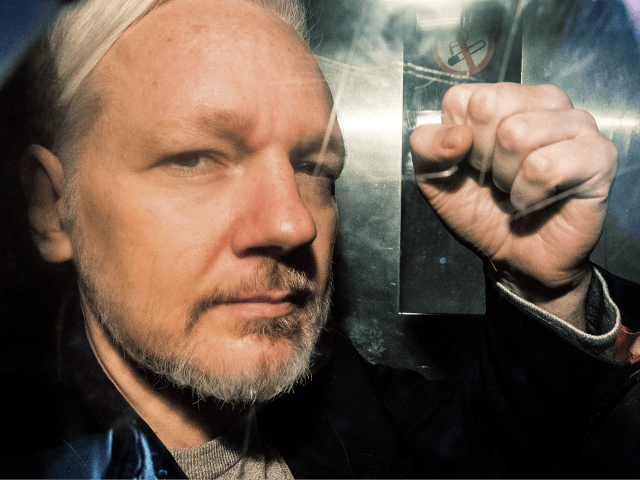 Lawyers for WikiLeaks founder Julian Assange reportedly plan to apply for his release on bail based on the risk of contracting the Wuhan coronavirus while imprisoned.

Fox News reports that lawyers for WikiLeaks founder Julian Assange as requesting that Assange be released on bail as he is currently at risk of contracting the Chinese virus while imprisoned. Assange is currently being held in the U.K. and is facing extradition to the United States over the leaking of classified government documents over 10 years ago. Assange is facing a maximum sentence of 175 years in prison.

The official WikiLeaks account retweeted a tweet stating that Assange’s lawyers will apply for bail at court on Wednesday:

BREAKING: Assange’s lawyers have announced that they will be applying for bail at court this Wednesday, 25 March. They argue that he is in imminent danger from Coronavirus spreading through the prison population and should be released for his and other prisoners and staff safety. pic.twitter.com/pVjglPPi80

Assange’s lawyers are arguing that their client “is in imminent danger from coronavirus spreading through the prison population and should be released for his and other prisoners’ and staff’s safety.” U.S. prosecutors are accusing Assange of conspiring with U.S. Army Intelligence analyst Chelsea Manning to hack into a Pentagon computer in order to release thousands of secret diplomatic cables and military files on the Iraq and Afghanistan wars.

U.S. prosecutors allege that the publication of the unedited documents by WikiLeaks put U.S. intelligence sources at risk of torture or death. The request to release Assange on bail comes as the Wuhan coronavirus pandemic escalates worldwide, last week Iran freed approximately 85,000 inmates from its prisons in an attempt to stop the spread of the coronavirus.