Ironic: Ventilators Sent by Russia to US Are Sanctioned by US

US President Donald Trump on March 30, following a telephone conversation with Russian leader Vladimir Putin, said that Russia had sent a plane to the United States with medical equipment and drugs necessary to combat coronavirus. Today in the USA there are the most cases diagnosed in the world – over 226 thousand.

The plane took off on April 1. “The board of the Russian Air Force An-124 carries humanitarian aid through the Ministry of Industry and Trade of Russia. This issue was agreed upon by the presidents of our countries, ” Russian Ambassador to the United States Anatoly Antonov described the contents of the liner.

The State Dept apparently isn’t sharing details about who paid for what, perhaps because the White House just violated its own sanctions against Russia, but it’s technically a sanctions violation either way (even if it was RDIF that paid for the spooky ventilators).

The diplomatic representative did not call the cargo humanitarian aid, but drew attention to the fact that “the country reaches out to the American people.” In the evening of April 1, it turned out that it was impossible to call the delivery of humanitarian aid free of charge. “The United States agreed to purchase the necessary medical equipment from Russia, including breathing apparatus and personal protective equipment, which were transferred on April 1 in New York,” said State Department spokesman Morgan Ortegus in a statement .

The goods purchased from Russia were transferred to the US Federal Emergency Management Agency (FEMA). On April 2, new details became known. It turned out that half of the cargo was paid by the Russian Direct Investment Fund (RDIF), the other – by the American side. This was announced by the official representative of the Ministry of Foreign Affairs, Maria Zakharova, and confirmed by the RDIF. Neither Moscow nor Washington disclosed the total value of the party. 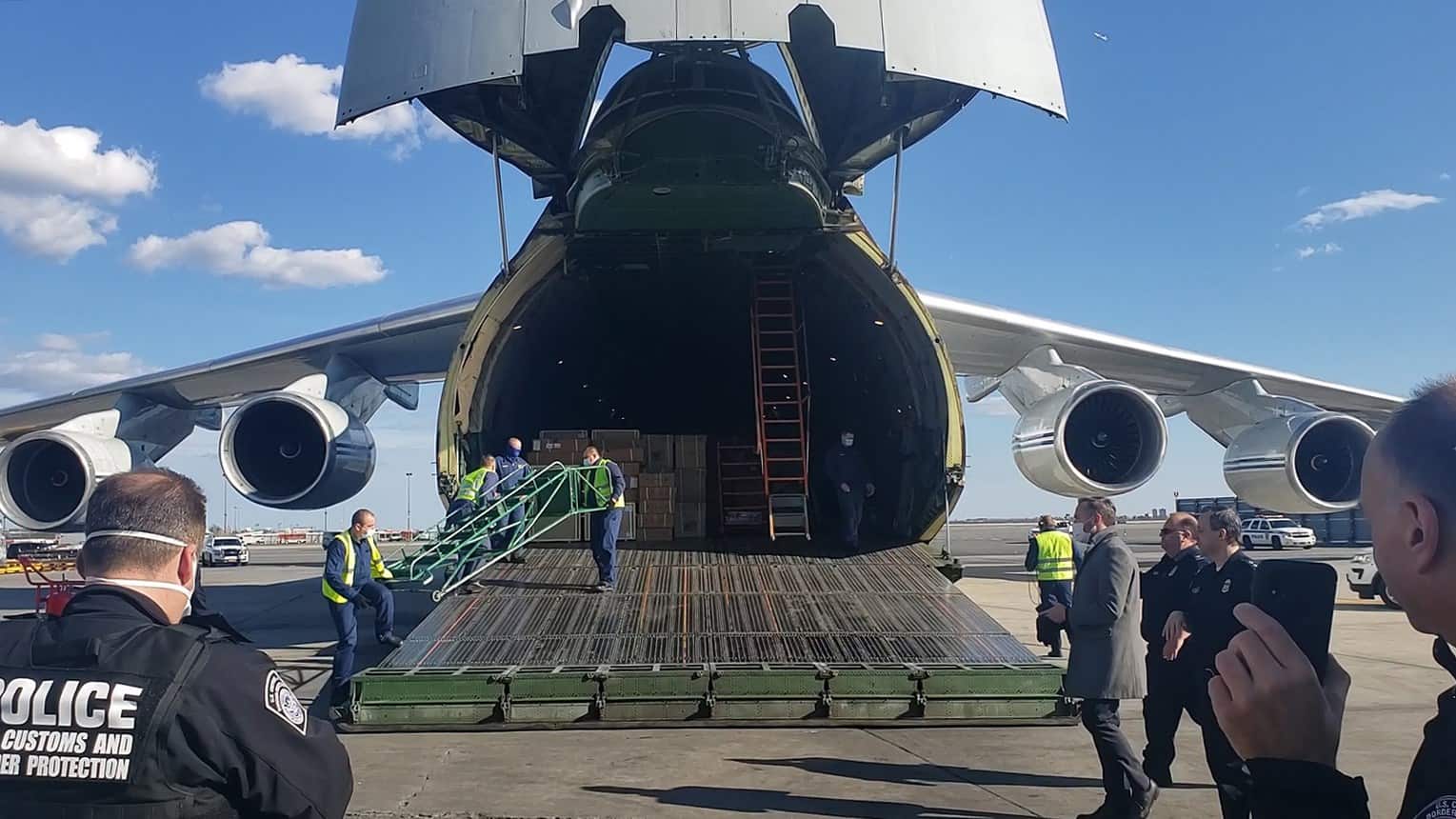 What is the oddity

The photographs of the cargo in an airplane laid out by military researcher Robert Lee of King’s College London show that among the medical supplies delivered to the United States are Aventa M ventilation devices manufactured by the Ural Instrument-Making Plant (UPZ). This enterprise is part of the Radioelectronic Technologies Concern (KRET), which, in turn, is part of the Rostec structure . Boxes with ventilators “Aventa M” manufactured by UPZ are also visible on the video of unloading an airplane in the USA, distributed by Ruptly (owned by RT) on YouТube.

KRET has been under US blocking sanctions since July 2014. The concern was included in the toughest sanction list of SDNs: American citizens and organizations are prohibited from making any transactions with it, unless the US Treasury Department gives special permission for certain transactions. Any “daughter” KRET automatically falls under the same sanctions.

In general, the US government did not have the right to buy goods from a sub-sanction KRET, said Brian O’Toole, a former senior adviser to the Office for Foreign Assets Control (OFAC, US Treasury Sanctions Department). 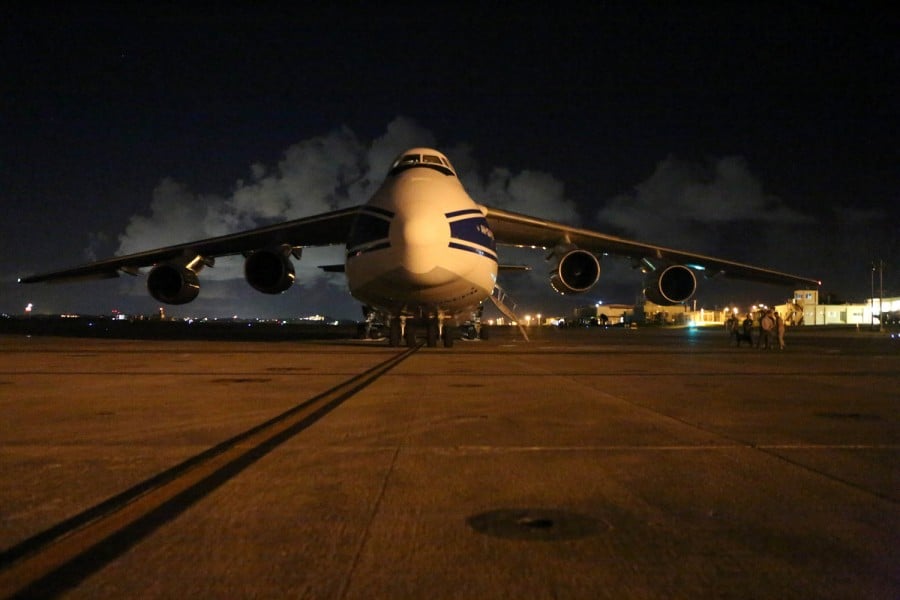 The RDIF itself explained its participation in the humanitarian action by the fact that for many years it has been a partner of American companies in the Russian market and has advocated dialogue. It is not clear which half of the freight the fund paid for (the RDIF press service did not answer this question, the representative of the State Department also refused to disclose the details of the transaction). Perhaps the fund paid for part of the cargo produced by the sub-sanctions unit. But even “if the RDIF paid for these goods due to the fact that their manufacturer is under OFAC sanctions, it should still be considered a formal violation of the sanctions [by the US administration], since in fact these are actions to circumvent sanctions,” says O ‘ Tool

Did the US buy equipment directly from KRET?

In the comment of KRET for RBC it is said that it supplies ventilators only to the state. “Rostec enterprises produce and supply to the domestic market a line of solutions to combat the spread of coronavirus, including thermal imagers, air purification devices, antiseptic agents and mechanical ventilation devices,” the concern said, adding that “ making decisions on interstate assistance is the prerogative of the president and government. ”

According to a source at RBC at Rostekh, the UPZ produces no more than ten ventilation devices per day. The company simply wouldn’t have time to produce a party for the USA: it is possible that the devices for delivery were purchased from dealers from warehouses, the RBC interlocutor argues.

Thus, the US authorities did not directly purchase medical equipment from KRET. However, this does not negate a potential violation of the sanctions regime, O’Toole said. “Of course, OFAC can always issue an internal special license for a deal involving a sub-sanctioned person, but the Trump administration may not have issued any license,” the expert suggests. In this case, the US administration could violate its own sanctions, he does not rule out.

Dontell Jackson (We Thought They Were White)
3,119