Police Beating Citizens: Here's What a Lockdown of India's 1.3 Billion People Looks Like

Or rather we should ask whether this is even possible, given that as of the first night following Prime Minister Narendra Modi announcing in a televised address the immediate lockdown which orders some one-fifth of the world's population to 'stay indoors' it looks like the authorities will have serious enforcement issues on their hands in the coming days.

Even his word choice left little ambiguity: “To save India and every Indian, there will be a total ban on venturing out,” Modi said Tuesday.

Technically the order begins Wednesday, but it still set off a panic as anxious throngs descended on shopping markets, causing police to in some cases intervene and attempt to disperse the swelling crowds.

Modi said in his speech the 'alternative' to not shutting the country down would ultimately set back the economy back 21 years, while also acknowledging India will take a big hit anyway, while pledging to inject $2 billion into country's vulnerable health care system.

No doubt, things are about to get a lot more chaotic in the coming days. It appears the 'crackdown' on violators has already begun, considering this sloppily harsh yet somewhat comical response by local police:

After all, a billion plus citizens can't just all get the supplies they need in a mere few days.

Officials have repeatedly insisted there is no evidence yet of localized spread but have conducted relatively scant testing for the disease. In a country where tens of millions live in dense urban areas with irregular access to clean water, experts have said local spreading is inevitable.

For this reason Modi said the deadly virus has the potential to “spread like wildfire”  — especially considering the already overcrowded and poor-conditioned sprawling shanty towns in major cities like Mumbai, which as the most populous metropolitan area in the world at a population of over 23.64 million.

Though potential for broader panic remains high, authorities have sought to introduce restrictions on the population gradually, starting with a curfew announced Sunday, and a recent ban on international and domestic flights, with its nation-wide rail system shut down until March 31.

Modi sought to assure the public that “all steps have been taken by central and state government to ensure supply of essential items.”

The Ministry of Home Affairs has since said essential services to stay open would include banks, grocery stores, ATM terminals and gas stations.

“You must remember that you will invite a grave pandemic like coronavirus to your homes if you step out,” the prime minister warned.

But there's growing concern over just how 'enforcement' will look when it comes to the some 300 million Indian which live under the poverty line.

The main worry also remains whether such drastic measures are still too-little too late.

"Indian virologist Dr. T. Jacob John said before the wholesale lockdown was announced on Tuesday that India was being forced to take extreme containment measures after failing to mitigate the problem earlier on, when the caseload was light," the AP writes.

Addressing the issue of rampant poverty and the "stricter curfew's" impact on the poor, Modi said the "supply of essential goods will be maintained" and that his government will "be working to reduce the difficulties of the poor." 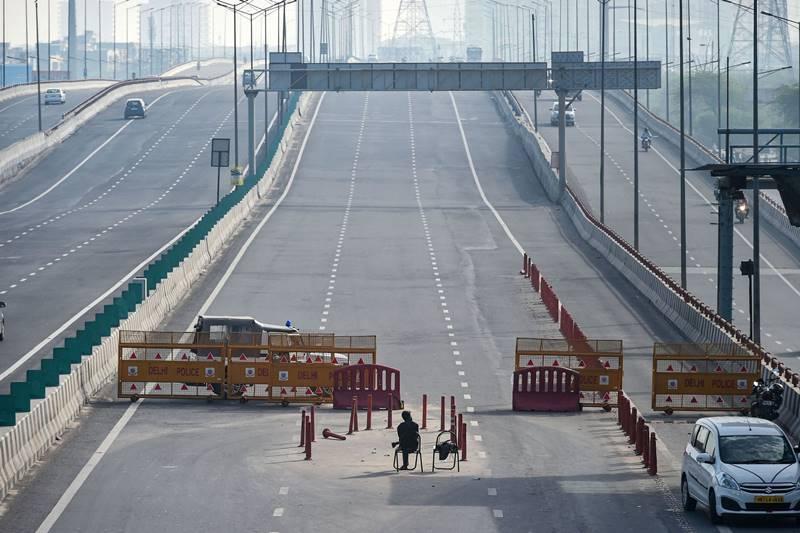 Prior scenes when India merely sought to impose an initial lighter curfew on Sunday:

India has a janta lockdown today from 7am to 9pm. pic.twitter.com/e5vsY7gIeT

There were few details as to exactly what this will look like, however.

The coming days inside the completely 'locked down' country — which has the second largest population on the planet (while being geographically smaller than the first, China) — will be interesting to say the least.