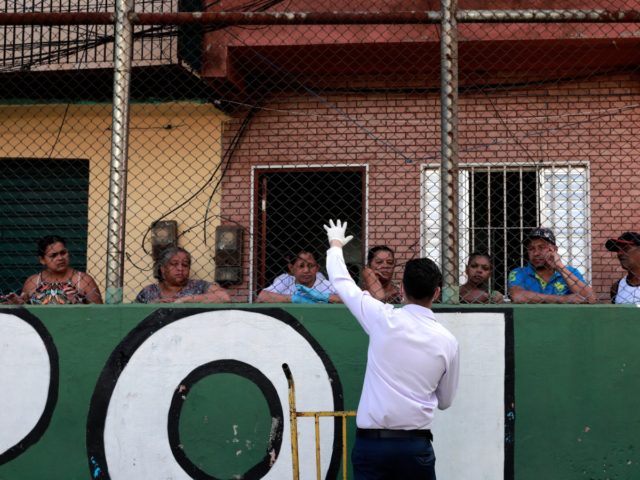 City of God, a slum complex in Rio de Janeiro, confirmed its first case of Chinese Coronavirus over the weekend. With state authorities underprepared, gangs and militias running the slums imposed strict curfews this week in anticipation of the novel coronavirus’s spread.

Rio de Janeiro’s “favelas,” or slums, have long been run by de facto leaders of organized crime, including Brazil’s powerful drug gangs. Now, facing a likely rise in Chinese coronavirus cases in Rio, home to 6.3 million people, some of these gangs have reportedly imposed their own social distancing mandates on residents in an effort to stave off the spread.

City of God gangsters have circulated through the slum, sharing a recorded message advising residents to “stay home,” Rio newspaper Extra reported on Tuesday, according to Reuters.

“We’re imposing a curfew because nobody is taking this seriously. Whoever is in the street screwing around or going for a walk will receive a corrective and serve as an example. Better to stay home doing nothing. The message has been given,” the message reportedly said. City of God residents confirmed an evening curfew and other restrictions had been implemented.

The unofficial action contrasts with Brazilian President Jair Bolsonaro’s description of coronavirus quarantine measures as “hysteria” and calls for the nation’s governors to let people return to work.

The economic risk to the poor compounds the crisis.

Many fear losing their jobs due to quarantine. According to one poll carried out across Brazil recently, 72 percent of favela residents said they had no income if they lost their source of livelihood. Some favela residents in Sao Paulo – among the world’s most populous cities, home to over 12 million – have said they are so disadvantaged in terms of lack of sanitation and crowded living conditions that they fear “carnage” in the face of a likely spread of Chinese coronavirus.

Favela residents living without water fear the spread of the Chinese coronavirus in Brazil, and many feel defenseless. According to one City of God resident, those living in favelas often go without basic sanitation: “Sometimes, we don’t even have water to wash our hands properly. We are very concerned with the Coronavirus issue.”

Alarmed by the dire prospects posed by the Chinese coronavirus, favela residents have reportedly joined gang leaders in going door-to-door to urge their communities to practice social distancing increased hand-washing.

Pinker's Wrong: With Coronavirus Going Global, Time for Nationalism, Not Globalism, to Protect Americans
All Bio-Weapons Countries Are Suspects in Creation of COVID - Israel, US, China, Others - They Should All Be Investigated
They Said Sweden Would be Drowning in Bodies - It's Doing Better than Lockdown UK