Everything That Is Wrong With America, in One Chart

Mixing metaphors magnificently, if this 'picture' was worth a thousand words, the following chart is worth six trillion dollars as it exposes the ugly reality of America today that CNBC proclaimed so proudly on Thursday. 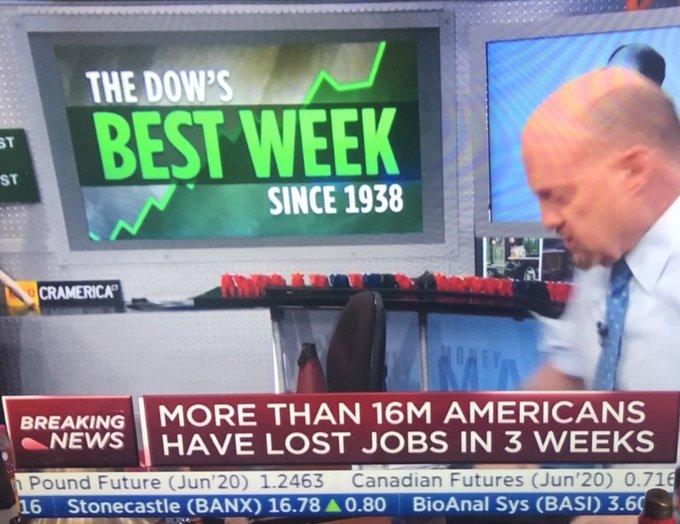 If you had any doubt about what (or who) is important to the unelected officials in The Eccles Building (and arguably the elected officials demanding strings be pulled behind the scenes) as they pump asset values ever higher, this chart makes it clear... it's not you America.

It looks like the bail-out and QE schemes have provided a better windshield for capital owners than for the hourly paid employees, if we judge it by the most recent trends. Equities are UP again, while initial claims keep skyrocketing. 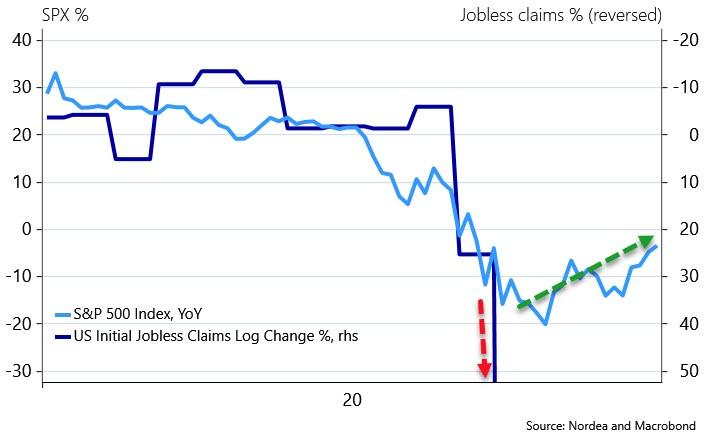 If capital owners grow more comfortable with the outlook, it may also end the job market menace. It is essentially impossible to bail out Main Street without also bailing out Wall Street, even if the Fed’s PR department will keep trying to convince you otherwise.

The Fed is now both the lender and buyer of last resort... Oprahnomics it is!

It is a pretty common conclusion that the COVID-19 virus will forever alter the world (Good old Kissinger joined the choir this weekend), why the Fed/US Treasury may risk bail-outing companies or even sectors that are ill-equipped to survive in the post-COVID-19 world.

For how long can public credit lines remain in place, should a company or a whole sector continuously struggle to restart demand?

Take the example of the retail sector. If consumption is hypothetically lastingly moved to online platforms, the Fed and the Treasury will probably keep bailing out a sector that will inevitably have to decrease in size.

It is perhaps politically impossible not to bail out everything, but we simply struggle to fully grasp the potential scope for moral hazard issues growing on the balance sheet of the Fed; that is probably a question for another quarter, though. Right now, capital owners seem happy with the strategy. We have our doubts whether they will be as happy in 2-3 years from now.