Covid Isn't Killing Blacks Because of Racism, They're Just Fat and Unhealthy

Not long ago, so many blacks were convinced blacks that melanin made them immune from coronavirus that media felt compelled to convince them they weren’t. Now, blacks are getting the disease and dying from it at higher rates than whites.

Blacks are therefore overrepresented in the patient population, Asians are in proportion, while whites and Hispanics — remarkably so in the case of deaths — are underrepresented.

Why are black rates so high? Bernie Sanders blamed “systemic racism.” His campaign co-chair Nina Turner said it was a “myth” that coronavirus was an “equal opportunity killer.” “It is unacceptable that Black America is getting sick and dying at much higher rates,” she tweeted.

The myth that #COVID19 is an "equal opportunity killer" must be dispelled. It is unacceptable that Black America is getting sick and dying at much higher rates. Join us at 7:00PM to discuss ways we can overcome these economic and health disparities: https://t.co/859AJhsVbC pic.twitter.com/9jKc23HPil

Why? Because the chronic toll of redlining, environmental racism, wealth gap, etc. ARE underlying health conditions.

Inequality is a comorbidity. COVID relief should be drafted with a lens of reparations.

A press release from the senator’s office warned that part of the problem is that some “people of color” avoid medical treatment because of “a history of discrimination.” The New York Times said blacks cite the Tuskegee syphilis study as an example of medical racism.

The Times, like most media, assumed the study was immoral, but it was not. The men who were “untreated” were in the latent stages of syphilis, which means they were not infectious and had practically no symptoms. When penicillin was discovered as an effective treatment, it would not have helped these men. The study was conducted by progressive scientists with the full support of black medical authorities.

Could anything other than “racism” cause high black disease and death rates? Several conditions — all more common in blacks — are known to make people vulnerable to the virus. Blacks are 60 percent more likely to have diabetes than whites, for example, and are three times more likely to die from asthma. Forty-three percent of black men have high blood pressure (24 percent of white men), as do 40 percent of black women (18 percent of white women). Blacks also develop hypertension at an earlier age.

Blacks are far more likely to have HIV than any other race; they are nearly 42 percent of infections while whites are just 30 percent. Blacks accounted for over 42 percent of all new cases in 2018. 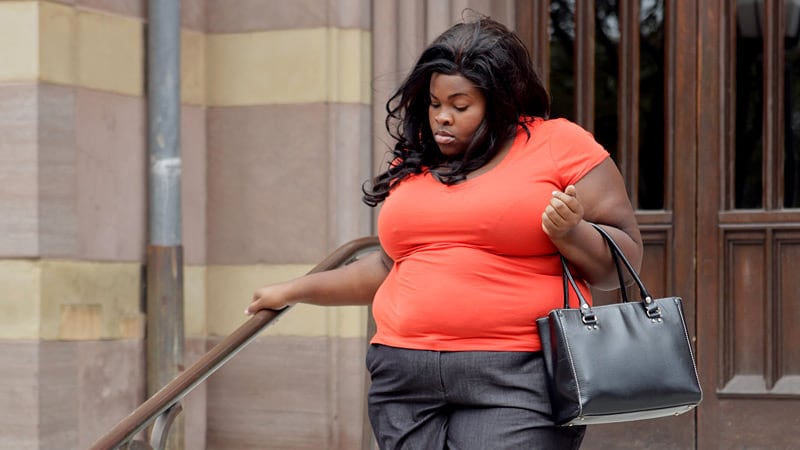 About half of black adults are obese, the highest percentage of any group (45 percent of Hispanics, 42 percent of whites, and only 17 percent of Asians). Of blacks aged 20 years or older, 63 percent of men and 77 percent of women are overweight or obese. Jean-François Delfraissy, France’s chief epidemiologist, says America “will probably have the most problems [with coronavirus] because of obesity.”

Blacks are more exposed to the disease through work and where they live. Just under 20 percent of blacks say they can work from home, while nearly 30 percent of whites say they can. Blacks are also more likely to have service-sector jobs than whites —  24.2 percent versus 16.2 percent — which makes it hard to stay away from people. Blacks also are more likely to live in cities and counties with the most cases.

This suggests that blacks would be more likely than other groups to ignore medical advice or quarantine rules. There are no hard data on this, but this appears to be the case. In late March, Chicago police broke up two large house parties in black neighborhoods. Just last weekend an estimated 400 people were at a party in an apartment complex. Police learned of it only because four black men fired nearly 100 rounds, hitting six people. In Baltimore, police found out about a party of blacks only because an intruder shot the host.

Black fears over racial profiling have convinced many that it is dangerous to wear face coverings, because whites will assume they are robbers and shoot them on sight. This is surely a ridiculous assumption, but going without a mask makes it more likely the virus will spread — including to blacks.

Yes, blacks are more at risk of dying from coronavirus, but it is willful ignorance to blame “racism.” Furthermore, how do low disease and death rates for Hispanics fit into the “racism” explanation. Hispanics are poor, often do not speak good English, and are consistently less likely to have medical insurance than blacks. If a white supremacist system is giving blacks the disease, how is it sparing Hispanics?

The current frenzy about black Covid-19 death rates is just one more racial disparity flung in our faces as proof of “racism.”

Ann Coulter on Coronavirus: How Do We Flatten the Curve on Panic?
More Coronavirus Censorship: Social Media Companies Partner With WHO to Censor Info
Sweden Has COVID Beat, Leaving Everyone Who Locked Down With Egg on Their Face