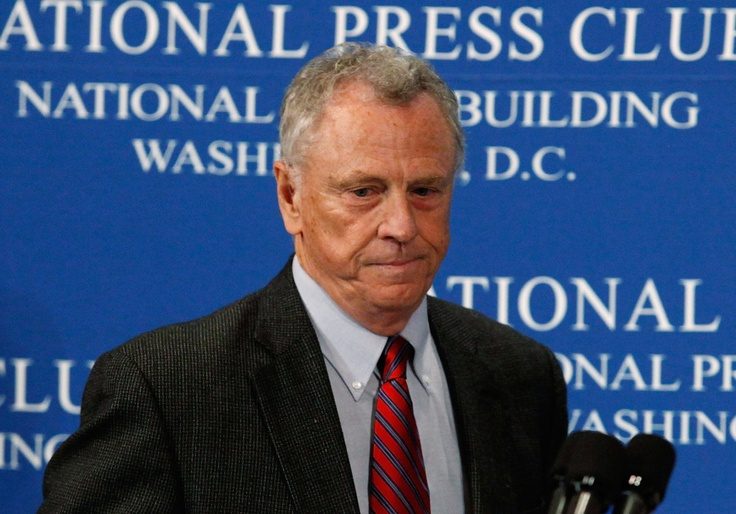 The controversial group has continued to build its massive war chest by tens of millions of dollars even after employees claimed that the group's leadership allowed sexual harassment and racial discrimination against its minority staffers. The ensuing media firestorm ultimately led to the ousting of cofounder Morris Dees, longtime president Richard Cohen, and legal director Rhonda Brownstein from the group in March 2019. New forms, covering a period beginning Nov. 1, 2018, and ending on Oct. 31, 2019, show that Cohen and Brownstein each received six-figure severance packages.

Critics of the SPLC in recent years have characterized the group as a money racket that labels conservative organizations as "hate groups" to fundraise, and its most recent financial forms may fuel that criticism. The SPLC achieved numerous civil rights victories decades ago but has since veered far left, partnering with numerous tech and media giants to expand its influence.

The SPLC experienced a drastic uptick in assets even as its contributions and grants have declined. Its most recent tax forms reported annual contributions of $97 million, down from the $132 million it reported in October 2017. Despite that decline, it reported $570 million in assets between its main organization and its action fund, a $52 million increase over what it reported the prior year. The jump can largely be attributed to the SPLC's vast investment portfolio, which now includes $162 million stashed in offshore accounts, $41 million more than the group previously reported.

The financial records also reveal that amid the cash influx, Dees, Cohen, and Brownstein collected over $1 million from the group despite being forced out early in the year over a workplace culture that allegedly fostered racial discrimination and sexual harassment.

The SPLC has long come under fire for labeling socially conservative organizations such as the Family Research Council and Alliance Defending Freedom as "hate groups" alongside groups like the Ku Klux Klan. The SPLC's designations have often been cited by mainstream media outlets, leading nearly 50 conservative nonprofit leaders to release a letter in 2017 calling on the media to stop citing SPLC "hate" lists. The letter called the SPLC "an attack dog of the political left."

"It appears that the SPLC's legacy of fundraising by hysteria is paying off," said Lt. Gen. (Ret.) Jerry Boykin, the executive vice president of the Family Research Council, which was targeted by a gunman in 2012 after the SPLC included it on its list of "hate groups."

"For decades, the organization has used its direct-mail expertise and overt hostility to orthodox religious principles as the basis for bilking wealthy, gullible donors out of their donation dollars," Boykin said. "This discredited, partisan hate machine has been given carte-blanche credibility by partisan Silicon Valley social media giants."

The SPLC has expanded its influence by partnering with tech giants Amazon, Facebook, Google, Twitter, and PayPal to identify "hate groups." It is also part of a massive, unverified "hate crime" database that was initially bankrolled by liberal billionaire George Soros's Open Society Foundations and is used by more than 100 media partners, including Google News Lab, the New York Times opinion page, and ABC News.

Tyler O'Neil, senior editor of PJ Media and author of Making Hate Pay: The Corruption of the Southern Poverty Law Center, told the Washington Free Beacon, "As it turns out, scaring people with exaggerations of ‘hate' is particularly profitable."

"If the SPLC truly wanted to clean house and prove itself a changed organization, the least it could do is stop storing money offshore," O'Neil said. "This kind of nefarious dealing only bolsters claims that the SPLC's ‘hate' accusations are a fundraising scheme."

A former employee of the SPLC, Bob Moser, penned a piece last year in the New Yorker following the SPLC's inner turmoil stating that employees at the organization would pass along articles warning newcomers what they were getting themselves into. Female staffers were also warned about Dees's "reputation of hitting on young women."

"But it was hard, for many of us, not to feel like we'd become pawns in what was, in many respects, a highly profitable scam," Moser wrote.

The SPLC did not respond to a request for comment about the $162 million it now holds in offshore accounts.