China 'Inexcusably' Hid Information About Coronavirus and Should Admit Their Wrongdoing

While China may have finally tamped down coronavirus to manageable levels within their borders, the fact remains that they initially lied about the virus while actively suppressing early information that may have saved countless lives, according to Dr. Michael Pillsbury, Director for Chinese Strategy at the Hudson Institute and adviser to President Trump. 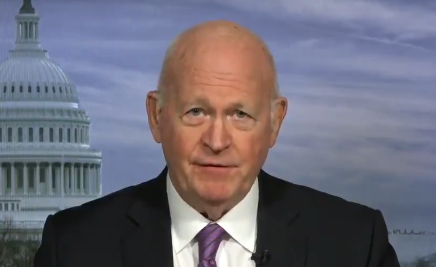 "Everybody who wants to can just go online and look at January 14th - the WHO website. You'll see the WHO say 'China says there is no human-to-human transmission,'" said Pullsbury.

"Now that was not true. They already knew there was human transmission. And the next day, 20 Chinese came in the White House - with President Trump, Henry Kissinger, Lou Dobbs, myself, we all saw the Chinese up close. Some of them could have been carrying it," he added.

Pillsbury then discussed the case of Wuhan doctor Li Wenliang - the whilstleblower who posted on WeChat about the new disease, only to be prosecuted by the government before later dying of the virus. Beijing is now pretending he was never punished for speaking out, and is now lionizing him as a hero.

Last week, Axios published a timeline of China's lies and cover-ups regarding COVID-19 which fit perfectly with Dr. Pullsbury's comments:

Authored by Bethany Allen-Ebrahimian via Axios

A study published in March indicated that if Chinese authorities had acted three weeks earlier than they did, the number of coronavirus cases could have been reduced by 95% and its geographic spread limited.

This timeline, compiled from information reported by the Wall Street Journal, the Washington Post, the South China Morning Post and other sources, shows that China's cover-up and the delay in serious measures to contain the virus lasted about three weeks.

Dec. 16: Patient admitted to Wuhan Central Hospital with infection in both lungs but resistant to anti-flu drugs. Staff later learned he worked at a wildlife market connected to the outbreak.

Dec. 27: Wuhan health officials are told that a new coronavirus is causing the illness.

Jan. 1: Wuhan Public Security Bureau brings in for questioning eight doctors who had posted information about the illness on WeChat.

Jan. 2: Chinese researchers map the new coronavirus' complete genetic information. This information is not made public until Jan. 9.

Jan. 9: China announces it has mapped the coronavirus genome.

Jan. 11–17: Important prescheduled CCP meeting held in Wuhan. During that time, the Wuhan Health Commission insists there are no new cases.

Jan. 14: WHO announces Chinese authorities have seen "no clear evidence of human-to-human transmission of the novel coronavirus."

Jan. 15: The patient who becomes the first confirmed U.S. case leaves Wuhan and arrives in the U.S., carrying the coronavirus.

Jan. 23: Wuhan and three other cities are put on lockdown. Right around this time, approximately 5 million people leave the city without being screened for the illness.

Jan. 24–30: China celebrates the Lunar New Year holiday. Hundreds of millions of people are in transit around the country as they visit relatives.

Jan. 24: China extends the lockdown to cover 36 million people and starts to rapidly build a new hospital in Wuhan. From this point, very strict measures continue to be implemented around the country for the rest of the epidemic.

The bottom line: China is now trying to create a narrative that it's an example of how to handle this crisis when in fact its early actions led to the virus spreading around the globe.

14 Million Americans Have Been Laid off so Far Due to COVID-19
China's Economic Lockdown Proves China Lying About Numbers of Dead
MN State Senator & Physician Blows Whistle on Inflated Covid Death Tally: ‘Fear Is a Great Way to Control People’