Burglaries, Thefts up More Than 75% in Major Cities Amid Coronavirus Lockdown

Burglaries and thefts have been spiking in major cities across America, as police have been told to curtail enforcement activities during the coronavirus lockdown, and prisons across the country let low-level offenders out early to prevent outbreaks in overcrowded facilities. 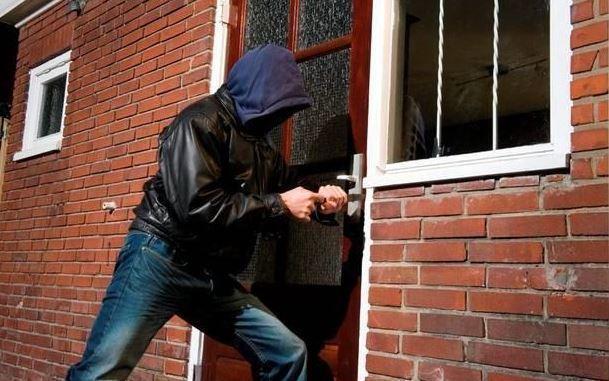 In Seattle, burglary cases in the city's west precinct were up 87% over the preceding 28 days, according to the Seattle PD's internal crime database, which includes downtown Seattle. The spike coincided with a county policy prohibiting most misdemeanor jail bookings.

"This is a number we’re going to work very hard to reverse in the coming weeks," SPD spokesman Sgt. Sean Witcomb told the "Jason Rantz Show" on KTTH.

In New York City, burglaries of commercial establishments are up 75% between March 12, when a state of emergency was declared by Mayor Bill de Blasio, and March 31. 254 burglaries of businesses were recorded vs. 145 for the same period last year, according to the Wall Street Journal.

"We knew with the closing of many stores that we could see an increase and, unfortunately, we are," said NYPD Chief of Crime Control Strategies Michael LiPetri.

Last week, masked thieves made off with $1.3 million in jewelry from a Bronx jewelry store by entering an adjacent business, drilling a hole in the wall, and entering through a closet.

Also contributing to the spike in crime is New York's new no-bail law which went into effect on January 1st. The new law prohibits pretrial detention for most misdemeanors as well as certain nonviolent felonies.

On the bright side, while commercial burglaries have increased during the pandemic - rapes, murders and assaults have fallen approximately 20% in New York vs. the same period in 2019 - dropping from 4,670 to 3,740 a year earlier.

In Houston, burglaries have risen nearly 20%, while aggravated assaults of spiked by 19.3%. Domestic violence incidents have risen six percent, according to KTRK. The increases come as Harris County readies a list of nonviolent inmates for release amid the pandemic.

Many businesses throughout Harris County have been closed for the past two weeks, during which we have seen an 18.9 percent increase in burglary of businesses.

In the hours after Harris County Judge Lina Hidalgo confirmed the intention to release certain inmates from a "ticking time bomb" situation, Acevedo, whose police department is the largest user of the jail, revealed he had not discussed the plan with county leadership.

"While I can't speak to a plan I have not seen or been consulted on, my position on release is well documented on my Twitter feed and in previous media interviews," the chief tweeted. "Let's hope people who burglarize vehicles, residences and buildings aren't released in large numbers." -KTRK

San Francisco, meanwhile has seen a slight increase in motor vehicle theft and robbery, though assaults, burglaries and larceny has dropped over between January 1st and April 5th vs. the same period in 2019 according to the city's crime dashboard. That said, domestic violence incidents are on the rise, and restaurants have been targeted by vandals and break-in attempts despite covering their windows and doors with plywood, according to SF Eater.

We wonder what these cities will look like in another four months?